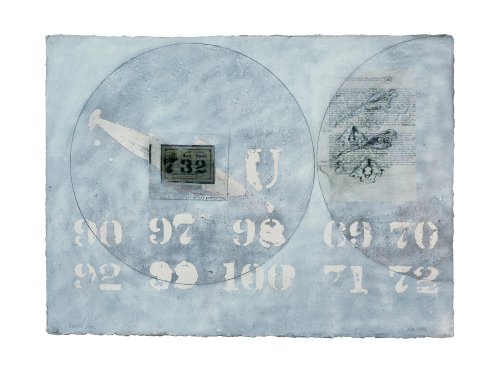 The Fleming Collection, which has established itself as an embassy for Scottish art in London, is to hold its first selling exhibition as part of a programme of events marking the tenth anniversary of The Fleming-Wyfold Art Foundation. The Scottish Summer Exhibition which will take place at 13 Berkeley Street, London W1 from 16 June to 4 September 2010 will feature about 100 works by artists invited to take part by The Fleming Collection. The majority of the artists are already represented in its permanent holdings while others are
regarded as emerging names in the Scottish contemporary art world. All the works will be for sale with a percentage raising funds for the Foundation.

“We have been buying works by contemporary Scottish artists for our own collection for some time and are keen to promote the wealth of talent that exists north of the border,” said Selina Skipwith, Keeper of Art at The Fleming Collection. The title of the show echoes that of the Summer Exhibition held at the nearby Royal Academy at the same time although artists submit work to the latter while The Fleming Collection’s show is by invitation only. Prices will range from a few hundred pounds upwards and the exhibition could become an annual event.

Many of the works are being made especially for the exhibition and, while the majority are paintings, The Scottish Summer Exhibition will also include prints and sculpture. Among those taking part will be Will Maclean, one of the outstanding Scottish artists of his generation and a member of the Royal Scottish Academy, who will be the subject of a 70th birthday retrospective at The Fleming Collection in 2011. Others artists in the exhibition will include Alan Kilpatrick, whose work is influenced both by his early life in India and his subsequent move to Scotland, Briony Anderson, whose current work relates to the landscape backgrounds of 18th and 19th century portraiture and who has been awarded a prestigious residency at London’s ACME studios, sculptor Jake Harvey, and Edinburgh-born painter Helen McAlister.

The Fleming-Wyfold Art Foundation, the charity which runs The Fleming Collection, was set up in April 2000 following the announcement of a takeover of Flemings, the London merchant bank, by the Chase Manhattan Corporation of New York. The corporate collection of oil paintings, watercolours and drawings assembled by Flemings since 1968, initially to decorate office walls, was transferred to this new charitable foundation. It opened to the public in a gallery at 13 Berkeley Street, London W1 in January 2002, which it still occupies.

Since then The Fleming Collection, which is the only museum in the United Kingdom entirely devoted to Scottish art, has hosted numerous highly successful exhibitions of works from its own collection and from major institutions including The National Gallery of Scotland, The Scottish National Portrait Gallery and the Hunterian Art Gallery at the University of Glasgow. It has produced exhibition catalogues and other important publications, including the twiceyearly magazine Scottish Art News, and collaborated with Scottish artists, composers and musicians and arts events.

During the first decade of the 21st century The Fleming Collection has succeeded in its principal aim of raising the profile of Scottish art, which is poorly represented in museums and galleries outside Scotland. It now mainly buys contemporary works, although it continues to fill gaps elsewhere in its collection, and because of this is closely in touch with current developments in Scottish art.