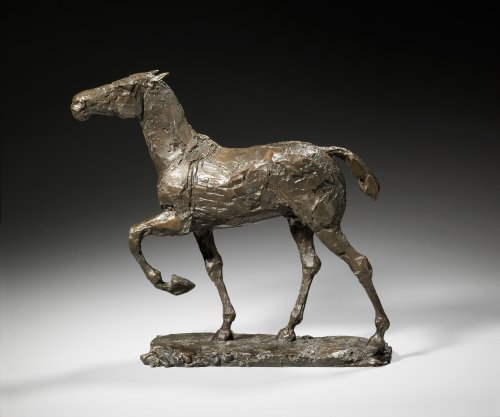 This June, Kensington Gardens will provide the stunning backdrop to Art Antiques London, which runs from 10-16 June 2010, a new art and antiques fair aimed at both the seasoned connoisseur and those who admire and value beauty and timelessness.

Art Antiques London will be held in a beautiful custom-built marquee opposite the Royal Albert Hall, adjacent to the site of the Great Exhibition of 1851. The Fair’s participants are leading specialists in a wide range of disciplines, including furniture, paintings, jewellery, clocks, textiles, silver and ceramics, as well as rare books and modern and contemporary objet d’art. Every object exhibited at the Fair is rigorously examined and vetted for quality and authenticity, so collectors can be assured they can buy with confidence.
The Fair will also host a full programme of lectures and seminars that will make Art Antiques London an important destination for international collectors and institutions, and a glamorous Charity Gala evening that will ensure the Fair will become a fixture in the Capital’s social calendar.

Art Antiques London will incorporate the International Ceramics Fair and Seminar, which has been a fixture in the London calendar for almost thirty years.

Organiser and porcelain expert Brian Haughton is presenting an important Meissen Cream Pot, cover and stand painted by B. G. Haüer with campaign scenes, c.1740, an extremely rare Nymphenburg shell butter box and cover, modelled by Dominikus Auliczek from 1765-1770, and a Böttger White Meissen Porcelain Coffee Pot and cover, gilded with Chinese figures and magicians, c. 1718-20. E & H Manners will show a stunning Doccia figure of Arlecchina, c 1750 and a charming faceted wine glass, 1730, formerly from the Otto Meyer Collection, decorated in Schwarzlot and gold by Ignaz Preissler. The Jane Kahan Gallery from New York will be bringing delightful ceramics by Picasso, and modern master tapestries including collaboratve pieces by both Magritte and Delauney. Other ceramics dealers exhibiting at the Fair include Dragesco-Cramoisan, Robyn Robb, Kunsthandel Daniela Kumpf, Stockspring Antiques and Adrian Sassoon.

Paintings and drawings from 18th century to the present day will be shown at the Fair. Lowell Libson will be bringing a wonderful Lear watercolour entitled, The Cedars of Lebanon.
MacConnal-Mason is offering a superb painting by L S Lowry, dated 1951. Entitled The Gateway, the painting was first sold in 1955 for £57.00 and was last exhibited at the Royal Academy of Arts in 1976. It is a onderful example of Lowry’s muted colour palette of ivory, black, flake white and yellow ochre.

The Maas Gallery is presenting a beautiful oil portrait by Sir Gerald Kelly entitled Sao Ohn Nyun V. dated 1932. It is the fifth and most enigmatic of the series of the same name. After an unhappy love affair in Paris, Kelly went to Burma on the advice of the writer Somerset Maugham, who lent him £50 for the journey. In Burma he fell in love anew, but this time with an ideal of Eastern beauty, exoticism and mystery. Back in London, he finally met the embodiment of that dream in the form of Sao Ohn Nyun, the sister-in-law of the Rajah of Thi-Paw. The painting comes on to the market having been in private ownership for some years.

Lucy B Campbell will be bringing works by Juan Luque (b. 1964); Anna Pugh (b. 1938) and Mia Tarney (b. 1973). Spanish painter Luque, is fascinated with the textures and treatment of light on the open sea when it encounters solitary lighthouses or ships. He has twice won the Medal for painting at BMW’s Awards in Madrid and the first prize at the Focus Awards in Seville.

H. Blairman & Sons Ltd, who specialise in furniture from the early 19th to the early 20th century with a strong
interest in beautifully designed, documented furniture and works of art from the later nineteenth and early twentieth centuries, is presenting a set of six Willow Tea Room chairs by Charles Rennie Mackintosh, manufactured by Alex Martin. A plaster bust of Michelangelo wearing Van Dyck costume by the Italian sculptor Rigali who was working in Edinburgh in the early 19th century, signed and dated G. Rigali Edinb 1834, is being shown by sculpture and works of art specialist, W. Agnew & Co. Ltd. Keshisian will be bringing a selection of their beautiful rugs and tapestries, including a beautiful Arts and Crafts carpet from Co. Donegal.
Rare and collectable antique Indian jewellery from the seventeenth to the nineteenth centuries will be shown by both Susan Ollemans and Samina Khanyari. Susan Ollemans will be showing a nine stone pendant or avaratna inset in the kundun style with cabochon stones representing the cosmos. A ruby in the centre represents the sun, with other precious stones arranged around it. Once the gems are in harmony around the ‘sun’, the spirit of order is said to bring peace to the wearer. Sandra Cronan and Nigel Norman will be exhibiting a wide range of fine jewels from the 17th to the early 20th centuries.

Among the highlights being shown by Hiroshi Yanagi Oriental Art from Kyoto, Japan, is a pair of Japanese six-fold screens inlaid with cloud-like gold leaf and beautifully painted with a depiction of stabled horses, from the mid-16th century. Laura Bordignon, a specialist in Japanese ivory and bronze from the Meiji period, will be presenting a Japanese ‘koro’, or incense burner with silver and enamel mounts and ivory shibayama decorated with flowers and birds.

Raffety & Walwyn, the clock and barometer specialists, will be bringing a fine example of a George III period musical lacquer belltop bracket clock made by George Prior, from 1770 and an important James II ebonised longcase clock by Thomas Tompion. St. James’s clock specialist, John Carlton-Smith, will also be exhibiting at the Fair.

The lecture and seminar programme will offer a series of thought – provoking lectures on a wide variety of topics given by distinguished art historians, including Dame Rosalind Savill, Director of the Wallace Collection; Dr. Ulrich Pietsch, Director of the Porcelain Collection, Dresden; Philippa Glanville, former Assistant Keeper, Department of Metalwork, Victoria and Albert Museum, and Dr. Dora Thornton, Curator, Renaissance Collections of the British Museum.

The inaugural Charity Gala evening at Art Antiques London will benefit the Bush Theatre, which has been at the heart of British Theatre since its inception in 1972. The Bush launched the careers of many highly distinguished writers and playwrights including Stephen Poliakoff, Victoria Wood and Billy Roche. The Bush Theatre also hosts an ambitious professional development and outreach programme bushfutures which provides opportunities for different sectors of the community and emerging artists to access the expertise of the Bush, and to play an active role in the future development of the theatre.