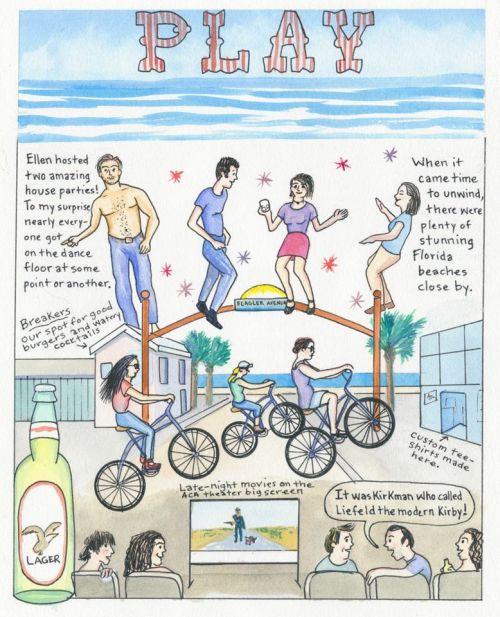 Gabrielle Gamboa is a cartoonist, visual artist, and arts educator based in Santa Rosa, California. She studied painting and film at California College of Art, and earned a BA in Painting at San Francisco State University. A long-time self-publisher and zine maker, she was a member of the early 1990s Puppy Toss comics publishing collective. She co-edited the 1994 anthology On Our Butts, a collection of comics by female cartoonists including Ariel Bordeaux, Megan Kelso and Jessica Abel. Her comics have appeared in various publications such as Top Shelf, Bust Magazine, the San Francisco Bay Guardian, Scheherazade, and the truthout.org Ladydrawers column.

Her current projects include a chapter-by-chapter comic book adaptation of Nathanael West’s 1933 novel Miss Lonelyhearts, comics-form reviews of old black and white horror films, which are published monthly at http://superscaryblog.wordpress.com/, and an original graphic novel of a supernatural romance between filmmakers in post-WWII Los Angeles.