Picturing New York: Photographs from The Museum of Modern Art 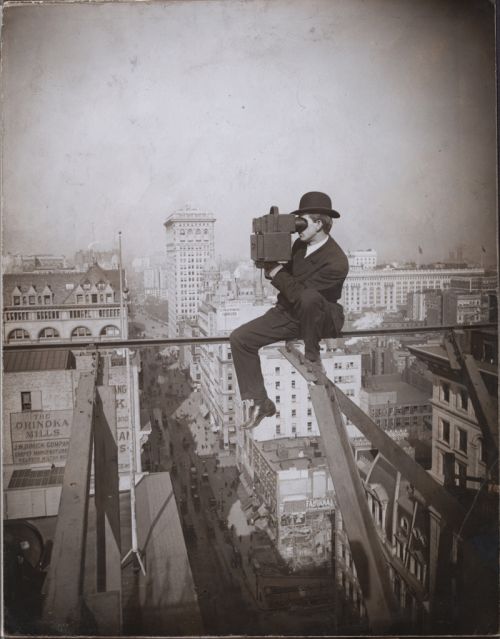 Art Gallery of Western Australia (AGWA) is now busily preparing for the arrival of the second exhibition in the series, Picturing New York: Photographs from The Museum of Modern Art.
Opening on Australia Day, Saturday 26 January, Picturing New York promises to captivate all those who share a love for photography or New York, as well as those curious to know more about either.
Drawn exclusively from MoMA’s extraordinary photography collection, the exhibition traces the dynamic rise of modern photography from 1888 to 2005 through a multitude of visions of the ever-changing city and its famously diverse population. This is a rare opportunity for visitors to see both iconic photographs by the world’s most legendary photographers as well as lesser-known, though equally treasured gems, produced over the course of a profoundly transformative period for both the city and photography.
Artists include Berenice Abbott, Diane Arbus, Henri Cartier-Bresson, Walker Evans, Lee Friedlander, Nan Goldin, Helen Levitt, Cindy Sherman, Alfred Stieglitz, Paul Strand, Weegee, and Garry Winogrand. With over 150 photographs by 90 artists, Picturing New York truly is a celebration of New York in all its vitality, ambition and beauty and of the exhilarating relationship between photography and the ‘city that never sleeps’.
Stefano Carboni, Director of the Art Gallery of WA said, “The people of Perth have really embraced the MoMA series and the feedback we have received about Picasso to Warhol has been simply wonderful. I cannot wait to share the next exhibition with WA and the rest of Australia.
“Picturing New York is drawn from one of the most important collections of photography in the world. The exhibition celebrates this extraordinary collection of immense calibre, as well as the long and enduring tradition of photography in New York. Picturing New York presents a wonderful insight into the life, characters, streets and architecture of its city, whilst simultaneously documenting the evolution of photography throughout the twentieth century.”
MoMA’s Photography Collection

At the impressive age of 27, MoMA’s founding director Alfred H. Barr Jr. had a vision for an institution that would “expand beyond the narrow limits of painting and sculpture … to include departments devoted to drawings, prints, and photography, typography, the arts of design in commerce and industry, architecture … stage designing, furniture and the decorative arts”.

It took several years before Barr’s vision was formally realised, but photography played a significant role in the Museum’s program from the start. After making acquisitions through the thirties, by the end of 1940 a Department of Photography had been established. Its first curator, Beaumont Newhall, was dedicated to generating public opinion of modernist photography as a means of artistic expression. The Department has since been headed up by Edward Steichen, John Szarkowski and Peter Galassi, who have each lead the dynamic growth and transformation of the collection. Today the department holds more than 25,000 works and is one of the most important collections of photography in the world.