The highly anticipated expansion to the Kimbell Art Museum, designed by the Renzo Piano Building Workshop (RPBW) and Kendall/Heaton Associates, opens to the public on November 27, 2013.
Renzo Piano’s colonnaded pavilion stands as an expression of simplicity—glass, concrete and wood—surrounded by elms and red oaks, some 65 yards to the west of Louis I. Kahn’s vaulted, luminous museum of 1972. 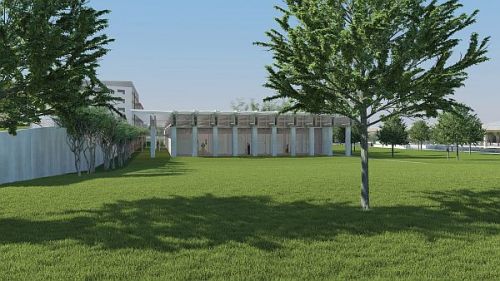