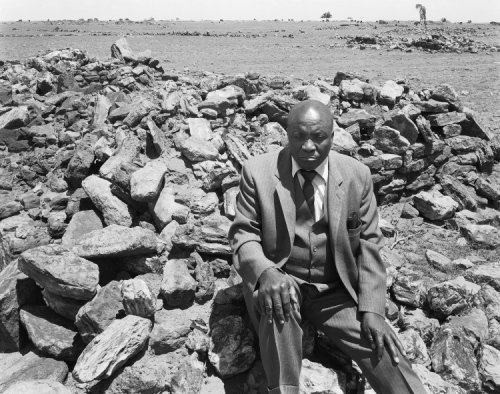 [ad#lb]
Born in 1930 in Randfontein, South Africa, David Goldblatt started seriously to work as a photographer in 1961. From the beginning his work was informed by apartheid in his home country. The structures of “Lifetimes under Apartheid” were the subject matter of his pictures and at the same time they were the decisive condition of his image-making.

The core of the exhibition at Malmö Konsthall is formed by pairings that juxtapose a black and white image taken under apartheid with a colour image from the period after. Sometimes the pairings show the same place 20 years apart. In other cases Goldblatt coupled images of comparable scenes at different moments. Through those pairings Goldblatt introduces a strong element of time in his images of states of being. That time, however, is not uni-linear, it does not unequivocally connect a cause to an effect, it creates unpredictable results. Through pairing his pictures Goldblatt creates a feeling of shifting time and the fundamental indeterminacy of being.

In addition to those pairings, “Intersections Intersected” features images from different series of work, colour and black and white, namely triptychs that show the same location from different angles and images from the series “In the time of AIDS”, as well as approximately 40 images devoted to the city of Johannesburg from all periods of Goldblatt’s career.

Your Spirits Walk Beside Us: The Politics of Black Religion Steven Holl, Architect of the Bloch Building Honored with BBVA Foundation Frontiers of Knowledge Award