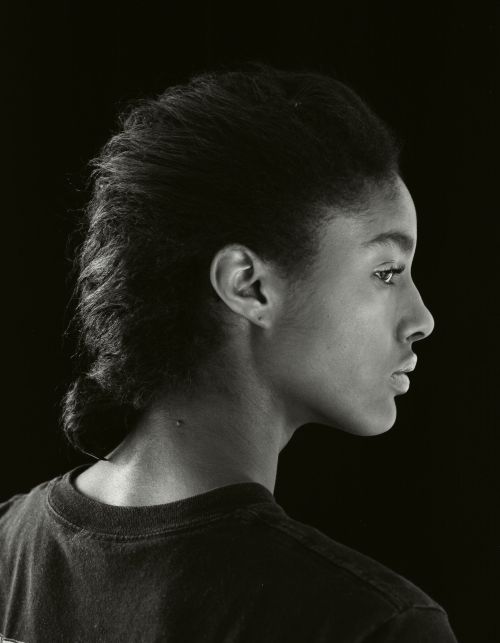 How real or abstract is photography? This question has preoccupied photography since its inception. As early as 1859 Oliver Wendell Holmes proposed photographing the world in its entirety, after which it could be burned down: “Form is henceforth divorced from matter”. Alvin Langdon Coburn asked in 1916: “Why should not the camera also throw off the shackles of conventional representation and attempt something fresh and untried?”. In the 1960s and 70s one spoke about “generative photography”, self-generating photographs with their own aesthetics of production. This general question has yet to be settled, and in recent years it has again become highly relevant. Shining through in works by Wolfgang Tillmans, for example, is the notion that all photographs are “to the same degree, representational, concrete and abstract; constructions that arise from translations and manipulations”.

For ten years Shirana Shahbazi’s work has alternated between the conflicting priorities of representation and abstraction, indexicality, and pure pictoriality. During this time she has often arranged her images in startling combinations. For instance, abstract color gradations are placed alongside a double portrait, followed by a black and white steppe-like landscape, then a still life with berries and fruits, and finally two carpets, stitched together from photographs of a young man and a sun-soaked landscape. This sequence demonstrates how much she repeatedly wrestles with the question of representation in photography, how she plays with it in front of vividly colored, monochromatic backgrounds, and also how she objects to and questions it.

There is a great sense of delight in images tangible in her works. Portraits, landscapes, city pictures, still lifes, and abstract color planes are among the genres, the tools, of her art: staged, found, observed, captured, printed directly on photo paper or blown up into immense billboard paintings, converted into wall papers and pasted up as patterns, as repeating designs, as backgrounds, or interlaced into carpets, into glowing, luminescent, warm picture carpets. Yet, repeatedly she has interfused her delight in images with doubts and questioning—until daring total immersion in color, in abstract-concrete, glowing pictorial space. Her latest works are primarily non-representational, large-scale geometric patterns and rhythmic layerings of color. Using abstract imagery, Shirana Shabazi creates a captivating, radiating immediacy.

“We’re not creating a world, and that is not even what we want to do. To operate, thinking creatively, is enough for a start, perhaps something new will come of that, only it won’t, for sure, if it is meant from the outset to match some new vision of the world; it will only happen of its own accord, hopefully it might run off the rails in a good way, spawning wonderful bastards.” These sentiments from the German painter Bernd Ribbeck reflect one of the underlying currents in the new interest in abstraction, in which Shirana Shahbazi features ever more prominently. Much like Zero, without the burden of referentiality, representationalism, without the weight of the world, and meaning.

Alongside many new and recent photographs, the exhibition at Fotomuseum Winterthur will present the (conceptually stretched) carpet Shirana Shahbazi has worked on for nearly ten years.