On Horizons at Fotomuseum Winterthur 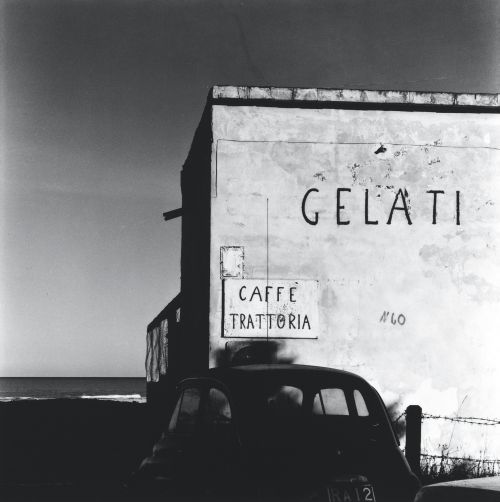 The photographic gaze into the horizon is a mirror for internal and external states and produces artistic interpretations and commentaries. As in other artistic genres, landscape in photography is interpreted through political and private gazes and the results go far beyond purely aesthetic experiences. Assembled from the collection of the Fotomuseum Winterthur, this exhibition shows how photographers since the mid-1960s have approached their imagery from a range of analytical and emotional standpoints.

Exploring unknown locations provides the creative impulse for works by three Swiss photographers Balthasar Burkhard, Reto Camenisch, and Jan Jedlička, who express their visions in monumental individual images or in series of small-scale works. Lewis Baltz is a participant of the famous exhibition New Topographics: Photographs of a Man-Altered Landscape, which in 1975 first addressed the man-created interface between civilization and nature.

Time for looking and contemplation is the central element of Himmel [Heaven], an eighty-one image slide show by weather phenomenologist Andreas Züst. Accordingly, it shares a close bond with the hi-gloss digital video Highlights II by Dominik Hodel as well as the publication LA AIR by Bruce Nauman, which presents sunsets over Los Angeles juxtaposed with minimalist color studies.

When Robert Frank seeks visual answers to elementary questions of life in the sparse surroundings of his house in Nova Scotia, circling about his direct environment again and again, landscape becomes a projection screen for yearnings and remembrances. When Christian Schwager photographs almost innocent-looking meadows and forests in Bosnia some ten years after the civil war, the unhealed wounds, the hidden signs of violence, disturb us. Pictures of landscapes are never neutral, the exacting gaze of the photographs anchor them in a particular zeitgeist and open up additional levels of meaning.

The exhibition is organized by Thomas Seelig, curator of the collection at Fotomuseum Winterthur.