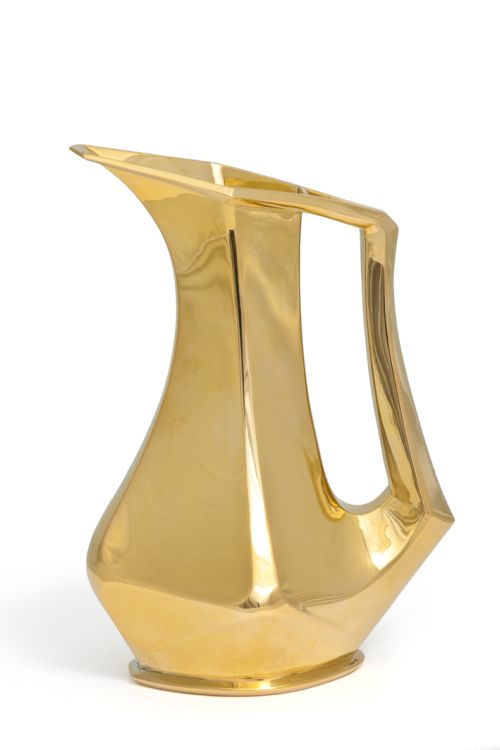 Inventing the Modern World: Decorative Arts at the World’s Fairs, 1851–1939, a groundbreaking exhibition of extraordinary objects representing the pinnacle of science and artistic ingenuity, opens at The Nelson-Atkins Museum of Art April 14, 2012, and runs through Aug. 19 of that year. It then travels to Carnegie Museum of Art, Pittsburgh, from Oct. 13, 2012–Feb. 24, 2013. Many objects will be seen in the United States for the first time.

Inventing the Modern World includes about 200 objects shown at every major and several minor world’s fairs from 1851 to 1939, carefully chosen through a generous research grant from the National Endowment for the Arts. The exhibition is co-curated by Catherine L. Futter, the Helen Jane and Hugh “Pat” Uhlmann Curator of Decorative Arts at the Nelson-Atkins, and Jason T. Busch, Curatorial Chair for Collections and the Alan G. and Jane A. Lehman Curator of Decorative Arts and Design at Carnegie.

“We associate world’s fairs with fun, and also signature architecture like the Eiffel Tower and the Crystal Palace,” said Julián Zugazagoitia, Director & CEO of the Nelson-Atkins. “But the importance of world’s fairs was reflected in the objects that continue to inspire elegance and creativity. Now, for the first time ever, those objects have been brought together for this major exhibition.”
World’s fairs were the most important vehicle for debuting technological and stylistic advancements on an international stage. They functioned as showcases and marketplaces for design on a global, national and individual level. Above all, they democratized design unlike any previous or concurrent forum.
Lynn Zelevansky, The Henry J. Heinz II Director of Carnegie Museum of Art said, “The historical context of Inventing the Modern World embodies a vision that will be inspirational for museum audiences across the country, and brings into play the capacity for inventive design in art, science and technology to improve the human condition and modern living.”
Due to the impermanence of the fairs, decorative arts from them are sometimes the only surviving elements. Decorative arts, particularly objects crafted in ceramic, metal, glass and wood, were the physical manifestation of the progressive ideals embodied in the fairs.
“We looked at literally thousands of decorative arts from around the globe,” said Futter. “We kept refining our choices to find the objects that really spoke about innovation. We are excited to bring them together for the first and only time to convey the sense of discovery and energy that these magnificent works at the fairs created.”
In order to compile the comprehensive list of breathtaking objects in the exhibition, Futter and Busch extensively investigated holdings displayed at world’s fairs throughout European and American public and private collections.
“The exhibition checklist comprises decorative arts unattainable as a group in any one museum in the world,” said Busch. “Objects were selected according to themes that resonate throughout Inventing the Modern World, including technique, cross-cultural influence and nationalistic inspiration, all of which shaped the competition inherent to the fairs.”

Visitors will experience Inventing the Modern World in an installation that evokes the spectacle of these highly popular events with chronological sections grouping fairs by periods over the late 19th and 20th centuries. Although every major fair through 1939 is represented, the exhibition is not a march through the fairs but an impressive grouping of objects illustrating the most engaging and forward-thinking innovations of their times. The exhibition will include works made by noted international artists and manufacturers, ranging from a monumental 1850s Gothic Revival cabinet to a 1930s streamlined Art Deco glass chair, to masterworks of jewelry and objects in glass, silver, and porcelain by such world-renowned artisans and designers as Baccarat, Tiffany, Cartier and Sevres.
After Kansas City and Pittsburgh, the exhibition travels to the New Orleans Museum of Art from April 14 to Aug. 4, 2013 and the Mint Museum in Charlotte, North Carolina from Sept. 21, 2013 to Jan. 19, 2014.