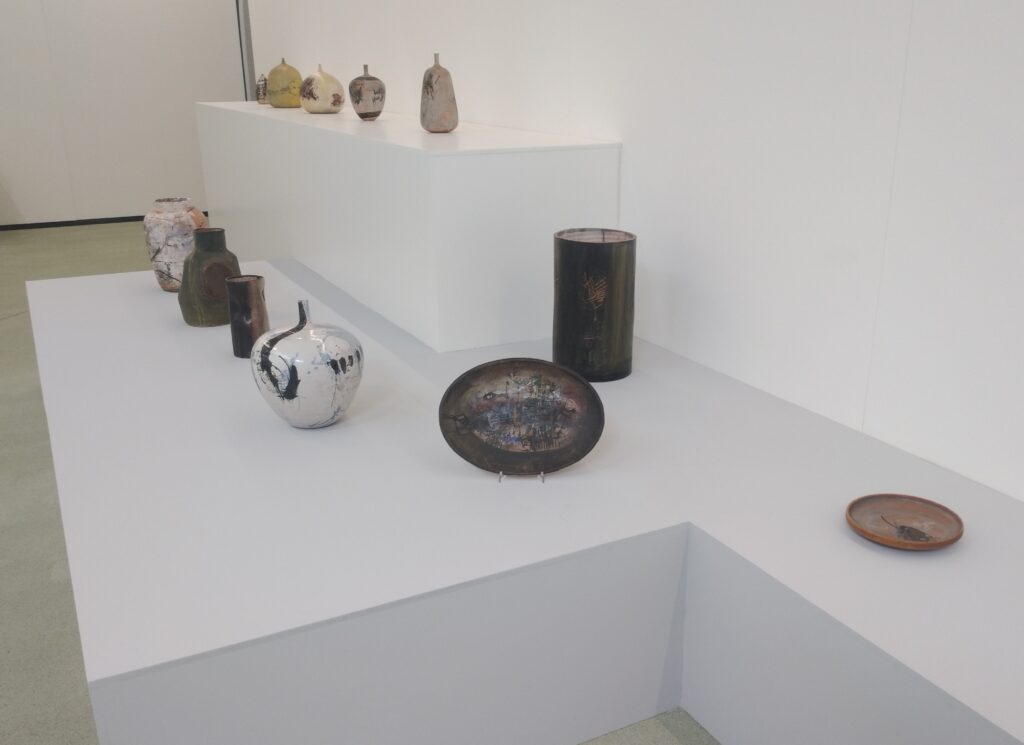 To commemorate the opening of its new premises to the public in conjunction with the centenary of the artist’s birth, Archivio Scanavino presents Emilio Scanavino.  This is Tomorrow, an exhibition curated by Marco Scotini running from 1st April-20th June 2022.

One of the masters of Italian painting in the second half of the twentieth century, Emilio Scanavino (1922-1986) was – although descriptions like this are always rather incomplete – one the leading figures of the so-called Art Informel generation and Spatialist movement that emerged in the aftermath of the Second World War. Scanavino’s distinctive style – graphic and sculptural, physiological and tangible, organic and abstract – was focused for over thirty years on creating his own alphabet and alternative language whose ‘words’ did not lie. A language to be deciphered rather then read in such a way as to constantly showcase the artistic medium and the secrets its signs held. In this sense, Scanavino is like a Champollion from the Cold War period.

Showcasing more than 60 glazed terracottas, slipware, majolica and metal objects designed between the early 1950s and the end of the 1960s, Emilio Scanavino. This is Tomorrow is a unique opportunity to discover the artist’s relationship with polychrome ceramics and to explore his studies into key stylistic issues more closely. The exhibition is the first project devoted to this specific side of his work, often neglected because it tends to be encompassed in Scanavino’s sculptural projects.

The title of the exhibition refers explicitly to This is Tomorrow, one of the seminal exhibitions of the post-World War II period, curated by Bryan Robertson. This collaborative exhibition bringing together painters, sculptors, architects, designers and other artists opened at Whitechapel Art Gallery in London in 1956 with Emilio Scanavino being the only Italian artist involved. Designed to promote closer ties between art and architecture, Scanavino worked with the architect Anthony Jackson and sculptress Sarah Jackson during the London exhibition as a continuation of a successful partnership that had already seen a double solo show of the Italian artist’s work in conjunction with Sarah Jackson held at Apollinaire Gallery in London in 1951.

The exhibition held at Whitechapel Art Gallery marked the culmination of his focus on bringing together art and architecture, which later led him to work with architects like Mario Bardini and Ettore Sottsass, who would later review his work in Domus (1964) and who wrote to him in 1954 about
a possible working partnership: “I believe that the idea of architecture that is distinctly sculptural and more in keeping with the spirit of our times, drawing on the latest sculptural ideas that are cropping up everywhere, is not an outlandish or merely romantic idea. It would be nice if we could do something like this together for the first time.

Focusing on the artist’s manual dexterity and his relationship with architecture, Emilio Scanavino: This is Tomorrow aims to offer a more modern interpretation and fresh focus on the Genoese artist’s work, taking a closer look at not only Scanavino’s working partnership with the well-known manufacturer, Mazzotti, based in Albisola, but also with artists of the calibre of Lucio Fontana, Roberto Matta, Wilfredo Lam, Asger Jorn and Corneille.

OpenArtCode in the City of Light Gagosian: Shared Representation of Jordan Wolfson