Douglas Druick: President of the Art Institute of Chicago 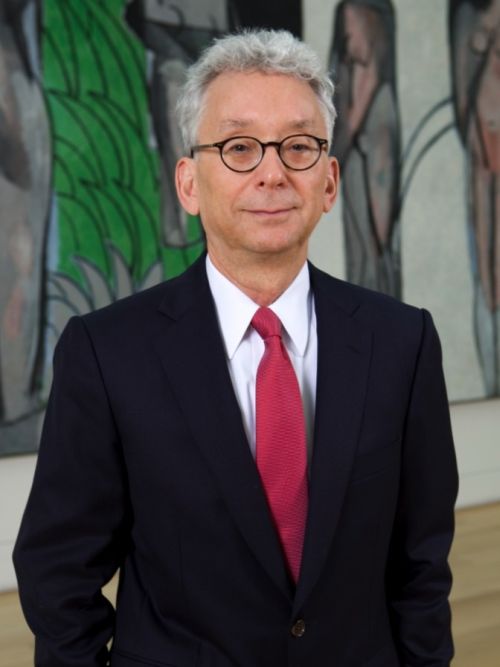 “Douglas is one of the leading curators in the world, and his contributions over more than two decades have been immeasurably important to the development and presentations of the collections as well as the exhibitions at the museum,” said Pritzker of the appointment. “As we looked for a new director, the search committee kept returning to Douglas’ experience, intellect, and vision for the museum.” Pritzker went on to note that: “Many curators from the Art Institute have become directors at other museums and cultural organizations. To me, this reflects the strength of our organization. I could not be more pleased that the Art Institute itself is now benefiting directly from the breadth and depth of experience that only an institution of this size and stature can provide.”

“It is an honor to be selected as the Art Institute’s next director,” said Druick. “It is especially meaningful to me as it has been my professional home for more than 25 years. I am excited and eager to immerse myself in this role and become even more deeply involved with the museum and its work. I have served this institution for more than two decades because I have the greatest respect for it and believe it to be one of the finest museums in the world. To now be asked to lead the Art Institute is a great privilege.”

Druick, 66, received a B.A. in English and Philosophy from McGill University in Montreal in 1966, and an M.A. in English from the University of Toronto in 1967. In 1972, he received his M.Phil. in the History of Art from Yale University, followed by his Ph.D., also from Yale, in 1979. From 1973 to 1984, Druick was the Curator of European and American Prints at the National Gallery of Canada in Ottawa. He first came to the Art Institute in 1985 as the Chair and Prince Trust Curator of Prints and Drawings. Four years later, in 1989, he also became the Searle Curator of European Painting at the Art Institute. In 2006, while remaining the Chair of the Department of Prints and Drawings, he was named the Chair of the Department of Medieval to Modern European Painting and Sculpture, the department that includes the Art Institute’s renowned Impressionist, Post-Impressionist, and Modern collections.

Druick has published and lectured extensively, with 15 exhibition catalogues to his credit, numerous essays and articles, and talks and lectures from Vienna to London and from Amsterdam to San Francisco. He has been awarded many professional honors and has served on various advisory councils and boards, including as the Chairman of the Arts and Artifacts Indemnity Advisory Panel, National Endowment for the Arts (2002-2004); a Founding Board Member of the Association of Art Museum Curators (2002-2008); a member of the Editorial Advisory Board of Master Drawings from the Master Drawings Association, Inc. (2002-present); and the National Committee for the History of Art (2003-2009).

The Museum Director Search Committee was chaired by Mr. Pritzker and was composed of Trustees, Life Trustees, and a former Chairman of the Board. Russell Reynolds Associates, Inc., an executive search firm, assisted in the international search.