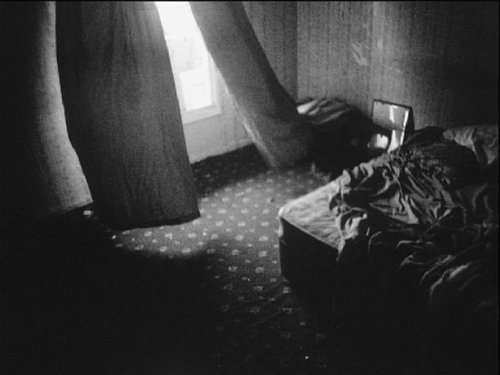 Abode, an exhibition developed through the continued successful partnership between Art Alongside and IMMA’s National Programme, opens to the public at Wexford Arts Centre on Monday 31 May 2010. Art Alongside is a visual arts project working with children in primary schools which aims to provide a dynamic and relevant experience of the visual arts to the children and adults of County Wexford. Abode includes a selection of work from the primary school children, alongside the work of project artists Mary Claire O’Brien and Helen Robbins, and works from the IMMA Collection. The inclusion of work from the Museum’s collection allows the public, and in particular students, access to the National Collection in a familiar and accessible location.

The exhibition features work from the IMMA Collection by Kathy Prendergast, Maria Simonds-Gooding, Paddy Jolley, Rebecca Horn and Rachel Whiteread, and focuses on the theme of an abode. The project artists worked with 4th, 5th and 6th classes, exploring the concept of imaginary personal spaces and places that provide a sense of privacy and protection. Ideas and images of dwelling places, safe havens, personal spaces and cocoons, were used to fire the creativity and imagination on the overall theme. Some class groups responded to this theme in a very personal way, creating the interior of their own imaginary rooms, hideaways, or dens – private places for themselves. Other class groups were interested in actually building the exterior of their own ‘ideal home’, these homes ranged from house boats, buses and caravans, to cosy cottages, tall towers and stately homes.

Artists from the IMMA Collection have also explored this theme in their work as seen in Paddy Jolley’s film-work, Hereafter, 2004. This work is the result of a commission from 2002 to make a film in Dublin’s north-side suburb of Ballymun – an area targeted for radical social and economic change due to Dublin City Council’s plan to regenerate the area by demolishing and rebuilding residential housing and services. As part of this plan, residents were requested to move from flats in tower blocks, which in many cases were their lifetime dwellings, to new contemporary houses. Jolley in collaboration with German artist, Rebecca Trost and Norwegian artist/animator, Lise Inger Hansen, focused on the freshly departed flats and the physical items left behind.

In Demolished printportfolio, 1996, Rachel Whiteread’s was particularly concerned by socio-economic changes in Thatcher’s Britain and their impact on the number of homeless people in London. The demolished documents focus on the destruction of tower blocks in three different housing estates in Hackney, East London, between 1993 and 1995. Whiteread is well know for her celebrated work House, 1993, a concrete cast of the space inside a terraced house scheduled for demolition in Bow, East London, which came to stand as a monument to a lost community, destroyed by increasing gentrification.

IMMA’s National Programme is designed to create access opportunities to the visual arts in a variety of situations and locations in Ireland. Using the Collection of the Irish Museum of Modern Art and exhibitions generated by the Museum, the National Programme facilitates the creation of exhibitions and other projects for display in a range of venues around the country. The National Programme establishes the Museum as inclusive, accessible and national, de-centralising the Collection, and making it available to communities in their own localities, on their own terms, in venues with which the audience is comfortable and familiar.

Art Alongside is funded and supported by Wexford County Council, the Arts Council in association with IMMA, Wexford Arts Centre and participating national schools.

Alexandra Exter at Moscow Museum of Modern Art Amsterdam’s canal belt. The expansion of Amsterdam in the Golden Age.