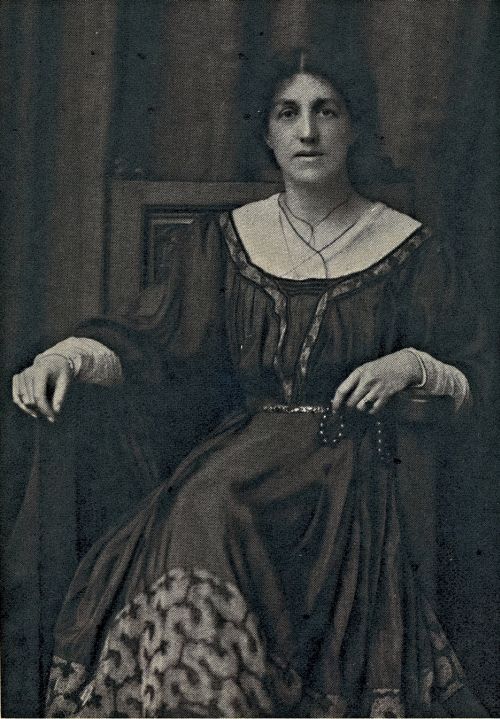 The Delaware Art Museum presents A Belief in the Power of Beauty: A Selection of Works by May Morris, on view August 28, 2010 – January 2, 2011. This exhibition will feature a selection of approximately 25 artworks, including landscape watercolors, embroidery, and hand-made books by the daughter of the celebrated William Morris, founder the Arts and Crafts Movement in England. Drawn from the Delaware Art Museum and other public and private collections, the exhibition will present many works that have rarely been on public view. While May Morris’ creative debt to her father William Morris goes without question, her work reveals an individuality that carries forward and modernizes many of his principles.

May Morris (1862-1938) was the youngest daughter of William Morris and his wife, Jane Burden. She grew up to witness the birth of the Arts and Crafts Movement in the form of Morris and Company, and the founding of the Kelmscott Press. As such, her biography and work have often been overlooked, or interpreted only as an aspect of the life of her famous father.

From early on, May Morris developed an interest in embroidery. She trained in this art at the South Kensington School of Design, and was appointed manager of the embroidery department at Morris and Company at the young age of 23. She studied the history of embroidery and published a series of articles on the craft, culminating in the book Decorative Needlework (1893). Decorative Needlework included May Morris’ own version of the importance of good design, which is reflected in the title of this exhibition: “a belief in the power of beauty is a wholesome thing, and I make no apology for preaching it.” In 1909-1910, she embarked on a lecture tour of the United States spreading this gospel as well as an understanding of the rich British tradition of embroidery.

Upon her return to London, she began the editing of a 24-volume compilation of her father’s written work. The Collected Works of William Morris includes introductions to each volume in which May recalls the life of her father at the time he was writing the works under review. These reminiscences reveal both her warmth and respect for her father, as well as how her life was shaped by this association. Perhaps the most revealing aspect of these introductions is her lyrical and loving descriptions of the English landscape. May Morris shared with her father a fondness for the English countryside as the selection of her watercolor landscape sketches included in this exhibition will so amply illustrate . Far from being a mere acolyte, May Moris was a creative and influential designer in her own right, one who is in part responsible for the survival of the Arts and Crafts tradition well into the 20th century.