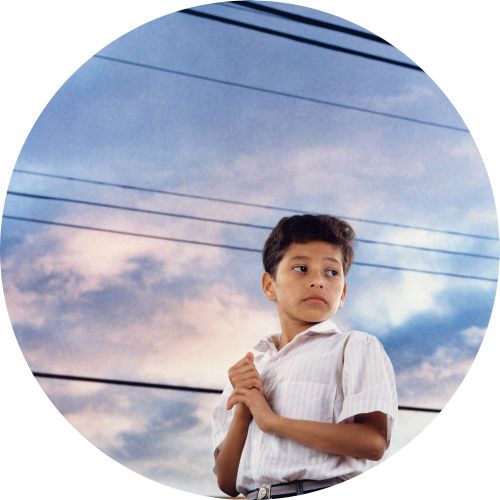 ‘Children’ by photographer Jeff Wall was presented to Museum Boijmans van Beuningen in 2008 as promised gift by Han Nefkens. The installation is a collection of circular light boxes with photographs of children from different ethnic backgrounds.
The museum has decided to exhibit this installation again and it can be found at the top of the Robbrecht Stairway.

The installation is a well known work by the Canadian artist Jeff Wall and one of the few works by him in the Netherlands. The pictures of nine different children were made in 1988.
Originally the photographs were intended for a play school in the Rotterdam district of Ommoord, but unfortunately the project was shelved. In 2003 Han Nefkens aquired these pictures and in 2008 he decided to present the photographs on loan to Museum Boijmans Van Beuningen.
The work has been exhibited before in the museum; it featured, for example, in the retrospective Han Nefkens – 10 years as benefactor which was mounted in 2011.

Timothy H. O’Sullivan What, Me Worry? 60 Years of MAD