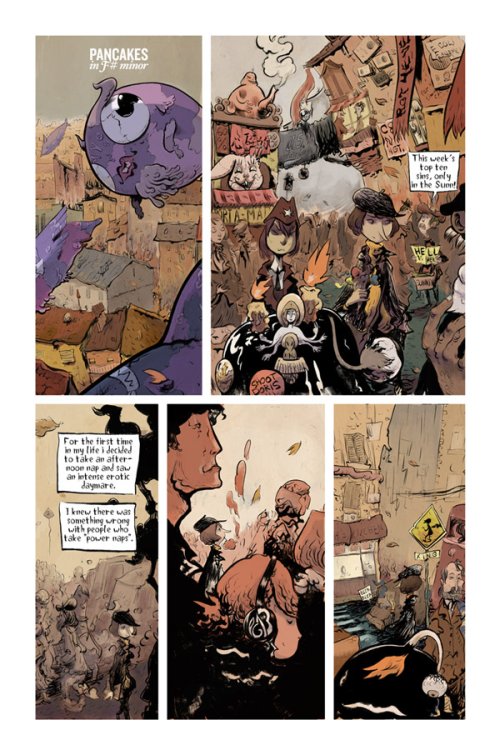 Roman Muradov is an llustrator, writer and comic artist. Muradov creates short tragicomic absurd stories in different styles from tales of a lonely bear whose only friend is his brain cancer to morphine-powered hallucinations of a Hitler-slaying fish landlord. Muradov is color-blind and sees the world in a weird and beautiful way.

Muradov has lived most of his life in cold Moscow, Russia, and is currently residing in warm San Francisco, CA.