Aldo Spoldi: The History of the World 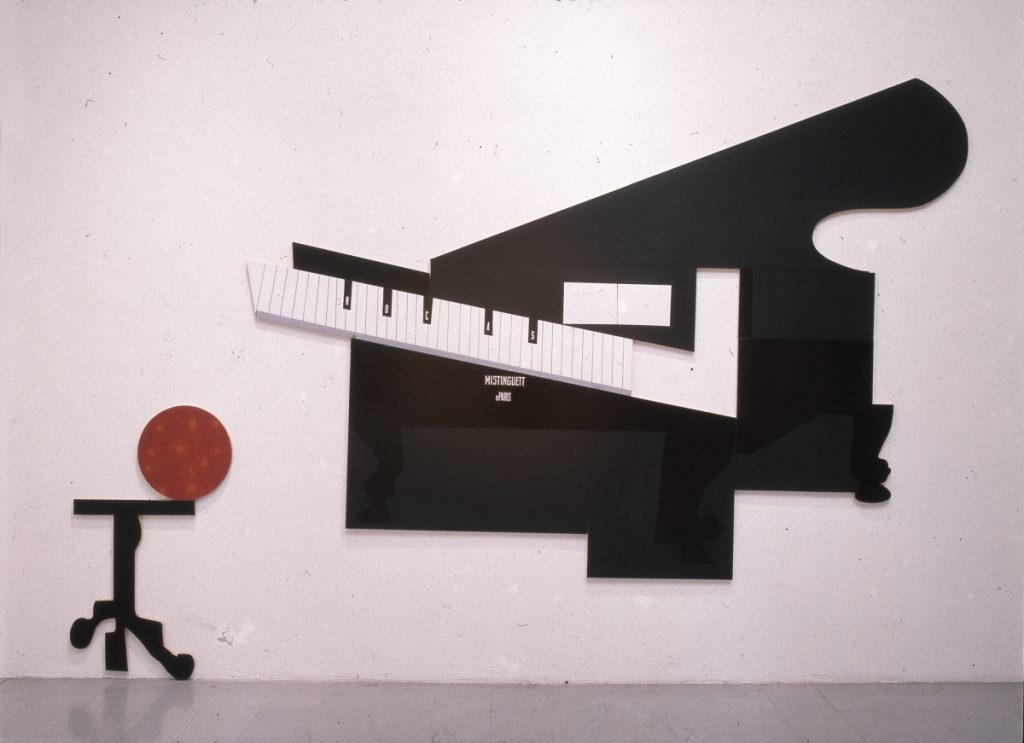 Inauguration: 20 September 2018 from 18.00 – From 21 September to 10 November 2018
After the summer break the new season at Fondazione Marconi will begin with an exhibition exclusively dedicated to the work of Aldo Spoldi.
The project, curated by Patrizia Gillo, a virtual character invented by the artist, was commissioned by the Accademia dello Scivolo, an association founded by Spoldi in 2007, which is “centred on a search for the perceptibly beautiful”.
But let’s start at the beginning: the inspiration for this exhibition comes from a letter that Aldo Spoldi sent to Giorgio Marconi in which he says that looking back over his past made him want to create a new painting which he would call Anthology, since past and present coexist in it, and other paintings, other stories and other exhibitions would derive from it.
In fact this new work is consistent with the surreal and extraordinary story of Aldo Spoldi’s entire artistic career from 1968 to the present day; a sort of gigantic theatre in which the artist-puppeteer controls the strings from above, making the figures move in the search for a multiplicity of combinations.
Twelve signs placed at the exhibition entrance delineate the stages of the adventure, which starts in the basement then continues with a playful parade of images up to the Foundation’s second floor. Interspersed along the way are creative periods, gallery owners, collaborators, and characters who have inspired and accompanied him.
In the 1970s Aldo Spoldi combined conceptual art with theatrical projects, part of a generation of artists who tried to overcome conceptual rigour and rigidity by returning to an expressivity that offered a new narrative, drawing their tools indiscriminately from art history, everyday images and contemporary culture.
Spoldi’s distinctive approach lies in his refusal to be confined by the dimensions of the “painting”, in his creation of large-scale installations, and in the way he takes inspiration from a universe of images from childhood, cartoons and comics to create imaginary and delicately stylised icons.
Spoldi’s collaboration with Giorgio Marconi has been constant since the 1980s.
Among the most recent exhibitions held at Fondazione Marconi have been La tromba delle scale (2006) and Il mondo nuovo (2011). The former was based on a large-scale vertical picture that it was “impossible to see in full”; the second was inspired by an imaginary situation in which a number of invented characters – art critic Angelo Spettacoli, philosopher Andrea Bortolon, photographer Met Levi and artist Cristina Karanovic (aka Cristina Show) – who, alarmed by the financial crisis of 2008, found refuge in Spoldi’s atelier where they set up a new school of art, L’accademia dello Scivolo, and afterwards had no desire to leave.
It is clear once again that “the game” is the constant that underpins the exhibition, starting from Spoldi’s fictitious curator Patrizia Gillo.
The story, told vertically, is conceived as a “handmade” e-book and tempera-painted “database”. It conjures up an infinite number of references and connections that are the key to further research and analysis, and which, as the artist says himself, “provide access not only to my past, to Marcuse’s ‘great refusal’, to Adorno’s ‘negative dialectics’ and to l’arte povera, but also to the history of the world”.