A Rembrandt masterpiece at TEFAF (Maastrich)

A magnificent portrait which is one of the last works from Rembrandt’s late career left in private hands will be one of the highlights of TEFAF Maastricht, the world’s most influential art and antiques fair. Portrait of a Man with Arms Akimbo will be exhibited by the leading international gallery Otto Naumann Ltd priced at US$47 million (£29.5 million). The great Dutchman’s brilliant use of light in the painting led Ernst van de Wetering, Chairman of the Rembrandt Research Project, to describe it as “one of Rembrandt’s masterpieces”. The 24th edition of The European Fine Art Fair will be held from 18-27 March 2011 at the MECC (Maastricht Exhibition and Congress Centre) in Maastricht in the southern Netherlands. 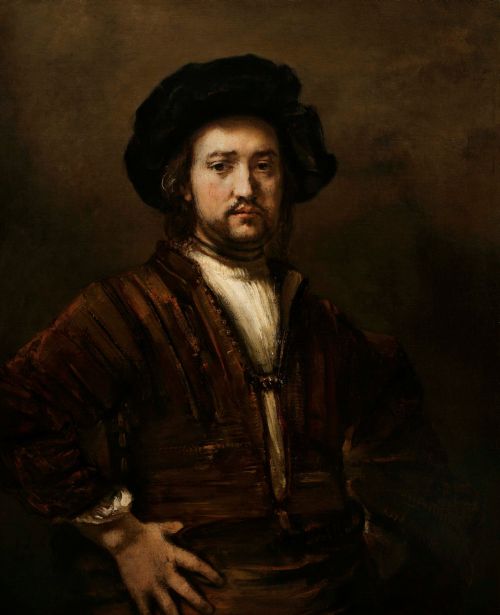 Portrait of a Man with Arms Akimbo, painted in 1658, was executed during one of the most innovative but also difficult periods of Rembrandt’s career. He had enjoyed enormous success after arriving in Amsterdam in the early 1630s but his expensive lifestyle combined with financial mismanagement eventually led to bankruptcy in 1656. His art collection, other possessions and house were all sold and there seem to have been few commissions for paintings to provide income. Apart from Portrait of a Man with Arms Akimbo, only one other full-scale work is known from 1658. Most surviving paintings from Rembrandt’s mature period are in museums.

The subject of Portrait of a Man with Arms Akimbo is unknown and may depict an exotically dressed fictional character. The sitter could have been a visitor to Amsterdam, may have been a sailor and there has even been speculation that he was a pirate. What is certain is that the work is boldly conceived and confidently painted, brilliantly conveying a rich abundance of textures and using light with extraordinary sensitivity.

Portrait of a Man with Arms Akimbo has belonged to some of the world’s greatest art collectors. Its earliest known owner was Daniel Daulby, the leading Rembrandt connoisseur in late 18th century England, while in the 1930s it was acquired by George Huntingdon Hartford II, heir to the Atlantic & Pacific (A&P) supermarket chain and a member of one of America’s wealthiest families. More recent owners have been J. Steward Johnson, heir to the Johnson & Johnson fortune, his widow Barbara Piasecka Johnson, and the Las Vegas casino owner Steve Wynn. It is now owned by Otto Naumann Ltd of New York. Since the painting was last auctioned in 2009 it has been transformed by cleaning and can now be seen in its full glory.

TEFAF 2011 will include great rarities and recent rediscoveries among more than 30,000 works of art shown by about 260 exhibitors from 16 countries in nine sections. All will be rigorously vetted by 29 teams of some 170 international experts to maintain the Fair’s reputation for exhibiting only the best.