A protagonist of the Arte Povera movement, Penone’s distinctive oeuvre has evolved through a deeply poetic, active engagement with nature and time, and a belief in the revelatory, transformative powers of art. Beginning with the idea that sculpture originates in primal impulses—filling one’s mouth with water, or making direct impressions with the hands—Penone elaborates and enriches his initial gestures through philosophical inquiry and intensive aesthetic
process.
In “Equivalenze,” Penone uses sculptural attitude and artifice to reveal corresponding systems in organic materials and bodies. Fist-sized terracotta moldings bear the precise imprint of his forceful grip. The terracottas are appended to iron plates, which he has oxidized in areas of repeated strokes. The repetition of blots and arcs yields a lively abstraction that resembles the flickering shadows of a leafy plant or the staccato marks of a Fauvist landscape—the ambiguous zone between nature and art.
Penone’s works are bodily memories, materialized. They speak to his belief that we, like rocks, trees, and water, are constantly molding, and being molded by, our environments. Our gestures mirror the twisting and stretching of trees, which contain concentric records of time in their wood. For a new sculpture, Equivalenze (2016), Penone made plaster molds of tree parts and cast them in bronze, erecting an artificial tree, piece by piece. From the roots, an anthropomorphic helix of bark emerges, becoming a figure in contrapposto, facing its botanical counterpart.
Penone thinks of such convergences as gesti vegetali (plant-like gestures). In his hands, the human form is freed from the tree, and the tree, in turn, reveals the visceral qualities of the human body. Using sculptural media and techniques, he releases the animas of things, thus uniting the essence of nature with the sensations of direct human action. 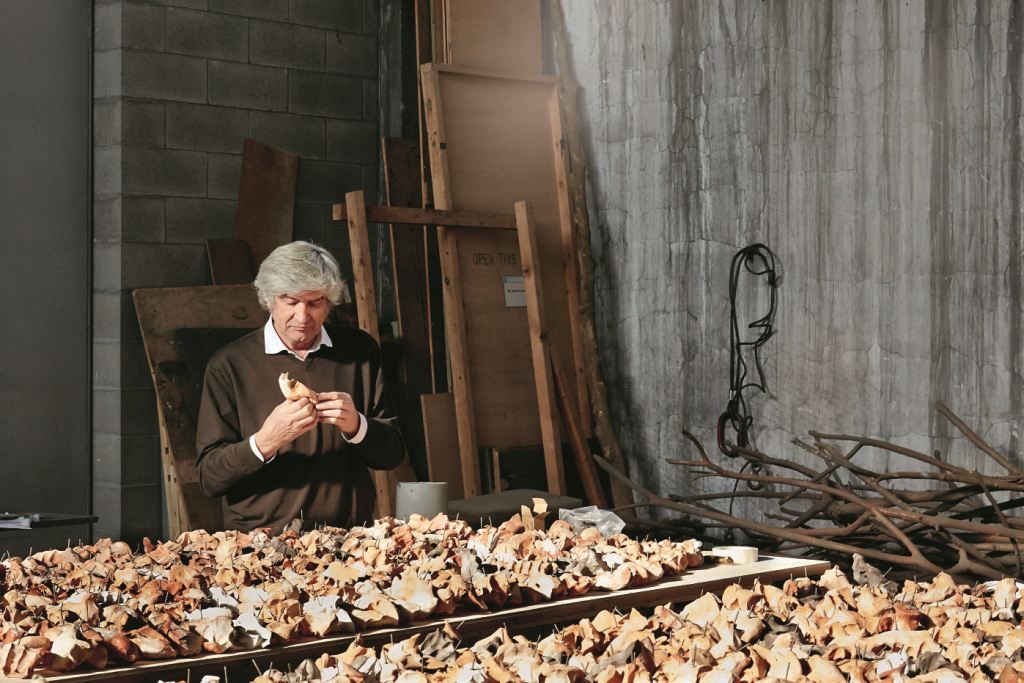 Rachel Rose at Kunsthaus Bregenz A.E.I.O.U. From Klimt to Hausner to Wurm – Austrian art in the Würth Collection at Art Forum Würth Capena