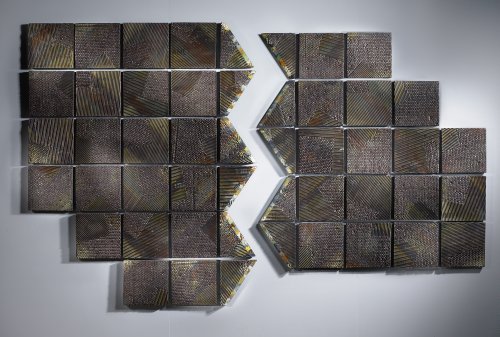 The University of Miami Lowe Art Museum will greet spring with the help of students and an international glass artist/UM Art Department Professor. The UM Faculty Exhibition, William Carlson: Aquila Non Capit Muscas (Translation – An Eagle Does Not Catch Flies) will be on view Lowe Art Museum from April 24 to June 6, 2010. On view through May 9, is the first of the yearly two-part student exhibitions, the Annual Juried Student Competition Exhibition. A preview and reception for the juried student exhibition and Aquila Non Capit Muscas, will be held Friday, April 23 from 7-10 pm. The evening will be highlighted with a special lecture by William Carlson. A preview reception for the Annual Masters of Fine Arts Candidates Exhibition, on view from May 13 through June 6, will be held May 12, 2010 from 7-9 pm. Both receptions are free and open to the public.

William Carlson, an endowed UM Professor, received his MFA from Alfred University, New York State College of Ceramics. He had previously served as Professor of Art and Program Chair of Glass, Clay, Sculpture at the University of Illinois, Urbana-Champaign. He is a recipient of a National Endowment for the Arts Fellowship Award, and his work is included in numerous museum collections around the world. He also taught or developed programs at the major craft education centers including the Cleveland Institute of Art, Haystack Mountain School, Pilchuck Glass School, Penland School of Crafts and Appalachian Center for Crafts.

Carlson creates laminated sculptures that incorporate materials ranging from glass of his own making, to bits and bands of commercially produced safety glass and Vitrolite, as well as a wide variety of granites. Addressing his concern with issues of interior space, geometry, texture, and color, Carlson is widely considered one of the most important figures in the studio glass movement has significantly impacted the contemporary art glass movement as both an artist and an educator.

Considered among the most important figures in the studio glass movement, with works in major collections such as the Renwick Gallery of the Smithsonian American Art Museum, Metropolitan Museum of Art, Cleveland Museum of Art, Corning Museum of Glass, Museum of Art & Design (formerly American Craft Museum) in New York, and Hokkaido Museum of Art in Sapporo, Japan, Carlson is widely esteemed for his impact as both an artist and educator. His program at the University of Illinois was honored in 1988 by the Art Alliance for Contemporary Glass for its contributions to the contemporary glass movement.

In 2003, Carlson joined the University of Miami College of Arts and Sciences as Professor and Chair of the Department of Art and Art History. He led the UM Art Department in further strengthening its already high-profile programs in art history, ceramics, glass, graphic design, painting, printmaking, and sculpture. The entrance to the Myrna and Sheldon Palley Pavilion for Contemporary Glass and Studio Arts, at the UM Lowe Art Museum, features a site-specific glass installation by Carlson entitled Prõcellōsus (Sudden Storm).

Carlson’s glass wall sculptures continue to explore issues of language and its varied manifestations. His examination of evolving forms of communication shapes the base of his aesthetic focus, which is abstract and as ephemeral as language itself.

The exhibition – Aquila Non Capit Muscas – is organized by the UM Department of Art and Art History and sponsored in part by Stella Holmes and Overseas Partners Realty, Inc.

The Poetics of Code Expressions of Brush and Ink: Literati and Chan (Zen) Painting in China and Japan