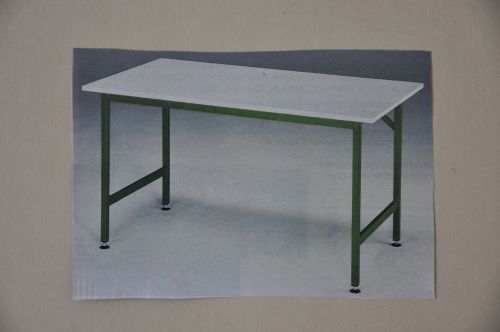 The second project in the KUB Arena’s new program engages with forms of agency and representation within artistic performative practices. Five international artists, Ruth Buchanan, Simon Fujiwara, Suchan Kinoshita, Falke Pisano, and Ian White, have been invited to open up the KUB Arena for process-orientated configurations in which performance is articulated as a practice that is both aesthetic and conceptual. The project seeks to follow a critical as much as formal approach to performance art and its relationship to objectbased exhibitions. Additional concerns are questions of authorship and the specific modalities essential to the production and reception of performance. Over a period of three months the invited artists will be developing works which not only seek a dialogue with the public but equally establish overlaps and interconnections between the respective works. The Kooperative für Darstellungspolitik (Jesko Fezer, Andreas Müller, Anita Kaspar) from Berlin have designed a spatially adjustable setting for this event, which can be appropriated by the contributors as a shared and linking element.

Ruth Buchanan integrates different elements and tones — sculpture, video, text, photography, and performance — into precisely choreographed spatial compositions in order to stage materiality in its intrinsically unstable condition. The departure point for her contribution in the KUB Arena are three production stills taken from an interview with an artist aired on a television program, South, in New Zealand in 1982. Through a physical activation of the conditions visible in the images a dramaturgy consisting of several protagonists — abstract, social, and representational — will unfold in three episodes over three days.

In lecture-performances, architectural installations, and erotic narratives, Simon Fujiwara interweaves his own personal family history with historical contexts and anecdotes. In Bregenz he will introduce The Museum of Incest (2008 — on-going), a fictive institution by means of which he explores an alternative history of mankind based on incestuous practices. In the context of a performative lecture Simon Fujiwara threads his own fictionalized biography through a tour of the collection of the museum. The narrative not only addresses one of the remaining taboos in western society, it also
highlights the masquerade as a possibility with which to play with the representation of identity.

Suchan Kinoshita’s installation and performance work revolves around the challenges of staging “life” within a prescribed setting. Via the activation of differing registers, she playfully subverts the all too clearly defined areas of private and public and the allocation of roles as viewer, participant, and author. It is the poetic mechanisms of interpersonal relationships on the level of language which here begin to shift, in both their artistic and everyday use as well as in the context of their respective staging and display. In Bregenz Suchan Kinoshita will react with her own practice in relation to the project and its contributions.

Over recent years Falke Pisano has developed a series of works in the form of installations, lecture performances, and texts, addressing the function of communication as part of artistic articulation. For the KUB Arena she will be developing a contribution originating from the Greek anatomist Galen of Pergamon’s application of the Hippocratic theory of the four humors, the basic substances of the human body that are in balance when a person is healthy. Questions concerning the forces acting on and within the body will be foregrounded as well as a consideration of alternatives to the organizing structures and the productive functionalities which define an organism or the parts thereof.

Ian White’s artistic and curatorial practices interconnect through his interest in the process of selection and the act of reading. His performance work incorporates other artworks, sexual narratives, gesture, “dance,” and derivations of the public lecture into a radically expanded context.

For the KUB Arena Ian White will develop a new performance — Hinterhof — that consists of a set of fixed and variable elements (spoken, visual, architectural) which are repeated in different combinations over three performances. It revolves not so much around the creation of a dramaturgy but a set of potentially variable narratives in which moments of temporality and permanence, as well as appearance and representation are addressed.

Coming to Have a Public Life, Is It Worth It? is a publication proposal concerned with negotiating institutionalized public spaces and their inherent social relationships. For this purpose, the discussions that take place in the course of the KUB project’s development will be documented. The resulting texts are to be generated together with participants as well as with additional contributors not originally involved in the project. As a record and presentation of an ongoing engagement, the publication will be seeking less material manifestations, but rather focuses on communication and process.

The approach is shaped by the specific fields of interest of the people responsible for editing the publication, whose authorship however will not be made transparent.

The Kooperative für Darstellungspolitik [Cooperative for the Politics of Representation] – Jesko Fezer, Anita Kaspar, and Andreas Müller – researches the representation of political and cultural issues in the public arena and creates exhibition architecture as discursive spaces of public engagement.

A Project conceived by Eva Birkenstock (curator of the KUB Arena) and Joerg Franzbecker (curator, Berlin).