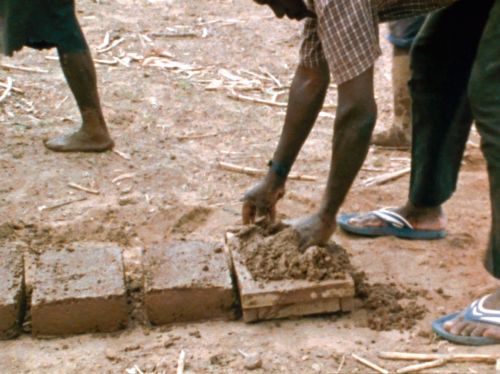 With Harun Farocki, the Kunsthaus Bregenz presents a filmmaker and artist whose work has had a strong influence on the history of the political film since the late 1960s. His great importance to the visual arts is reflected not only in the retrospectives of his films at institutions like Tate Modern in London but also in solo exhibitions at the MUMOK Wien, the Jeu de Paume in Paris, and the Museum Ludwig in Cologne. At the very least, Farocki’s participation in the “documenta” in 1997 and 2007 is a strong indication of the impact of his films and installations in the art context.

Organized by the Kunsthaus Bregenz, this exhibition, which is the most comprehensive retrospective of his work in Austria to date, spans the period from 1968 to the present and for the first time in Europe shows three video installations that, with the support of the KUB, were created especially for this occasion and form part of the series Serious Games. For these new video installations, which each last eight minutes, Farocki shot footage in military facilities in the USA and combined these sequences with material from computer simulations. Reminiscent of computer games, these programs are used by soldiers to practice for real emergency situations in Iraq, Afghanistan, and potential crisis zones. A variation of this can be found in another film in the Serious Games series, Immersion, which deals with the reenactment of soldiers’ traumatic wartime experiences using the same kind of simulation technology, which in this case serves therapeutic purposes.

The relation between technology and war already played a decisive role in the artist’s earlier work. In the series Eye/Machine, 2001–2003, which consists of three separate installations and is being shown along with Serious Games on the first upper floor of the KUB, Farocki draws comparisons between surveillance mechanisms in belligerent conflicts and the use of cameras in civilian situations, e.g. to register motion in public places or to monitor operation sequences in high-tech industrial facilities.

Comparison Via a Third, 2007, calls for a careful examination, a visual and cognitive scanning, of the aesthetically striking images of three geographically distinct production sites. This 2-channel 16-mm film installation as well as the split-screen video installation Counter-Music, 2004, and a comprehensive film library of 25 works are on display on the second floor. Comparison Via a Third shows a double video projection of brickyards and fired blocks being used to construct buildings in Africa, India, and Europe. Shot in the objective manner of a film documentary, this work gets by without spoken commentary, its impact deriving solely from the suggestive atmosphere of what is being presented. However, by merely showing the seemingly archaic production conditions prevalent in Indian high-rises, the film makes the viewer aware of parallels between different stages of industrialization within a society and in this way underscores the dubiousness of the traditional notion of progress.

In Counter-Music Harun Farocki resorts almost exclusively to already existing material. This includes footage from sleep laboratories as well as surveillance and monitoring cameras that keep an eye on automobile, rail, and subway traffic as well as pedestrians. He compares images of the canal system and abstract display boards for the functioning of a place with living, organically pulsing bodies, and designs a portrait of the city in the tradition of films from the 1920s like The Man with the Movie Camera by Dziga Vertov or Berlin – Symphony of a Great City by Walter Ruttmann. Excerpts from both films can be seen in Farocki’s installation.

Harun Farocki’s characteristic form of double projection is what enables him to produce both a regular succession of individual images and a simultaneity in their interrelationships. Despite the sometimes hard and unpredictable cuts, the jumping back and forth of images creates the soft montages that give the exhibition in Bregenz its title.

One of Farocki’s best-known and most-loved works is certainly the piece that caused such a stir at the last “documenta,” Deep Play, which is being presented on the third upper floor of KUB. Twelve projection surfaces confront the viewer with different views of the final of the World Cup in 2006.

Among the footage is not only material that was available to the normal viewer but also computer-generated abstractions of the game, vector measurements of the players’ bodies, and close-ups of individual players.

The final, which was followed worldwide by 1.5 billion viewers in the summer of 2006 and whose infamous headbutt by Zidane preoccupied soccer fans and laymen alike, is transformed into a metaphor of the complex relationship between entertainment, monitoring, battle, and the media.