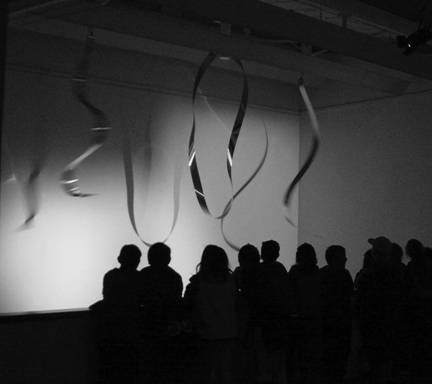 From September 10, Len Lye will fill New Plymouth’s Govett-Brewster Art Gallery in the largest exhibition of his work ever presented in New Zealand. The Govett-Brewster has been home to the Len Lye Foundation Collection and Archive for more than 30 years.

Working largely in London and New York, Len Lye’s hand-painted ‘direct’ films and motorised steel sculptures have made him one of New Zealand’s most important and influential modern artists.

The exhibition Len Lye:All Souls Carnival takes its name from Lye’s 1957 film of the same name. Arguably Lye’s most kaleidoscopic and ambitious cinematic experiment, the film was originally presented at New York’s Carnegie Hall along with a live orchestral piece by American composer Henry Brant. Lye biographer and film scholar Roger Horrocks has restored the film with the assistance of the New Zealand Film Archive and the Museum of Modern Art (MoMA), New York, which holds the original hand-painted material.

A dazzling, choreographed mix of sound, light and movement, the exhibition Len Lye: All Souls Carnival includes many of Lye’s most iconic works as well as several that have not been seen in decades. The thundering sounds of Lye’s 1977 sculpture Trilogy (A Flip and Two Twisters) will resonate through the Govett-Brewster and favourites Universe (1963-1976) and Blade (1959-1976) will be joined by a new reconstruction of Lye’s raucous sculpture Bell Wand. Several early paintings that have never previously been exhibited in a public gallery will also feature.

Architectural plans for the centre, developed by internationally recognised New Zealand firm Patterson Associates, have also been released for the building that will function as a combined facility with the Govett-Brewster. With further fundraising planned, construction of the Len Lye Centre is expected to start in 2012 to open in late 2014.

Len Lye: All Souls Carnival is at the Govett-Brewster Art Gallery, New Plymouth, from 10 September to 27 November 2011, as part of the REAL New Zealand Festival.