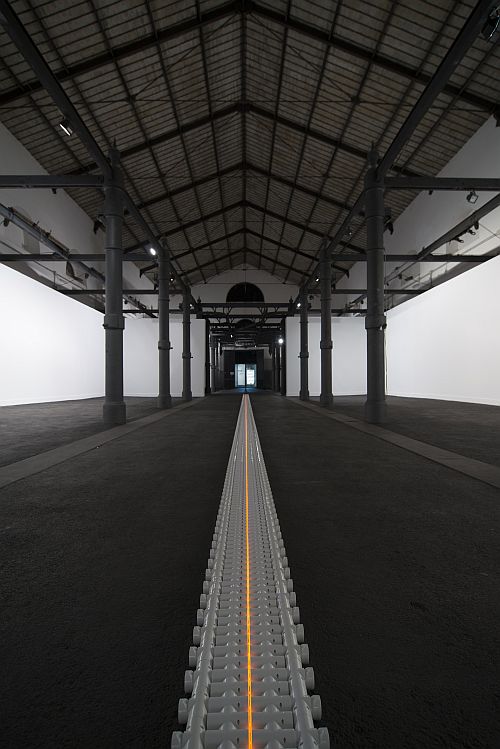 The Israeli artist Shay Frisch will take part in the group show ISRAEL NOW – Reinventing the Future scheduled at MACRO Testaccio from February 1 to March 17, 2013.

The show, one of the most important on Israeli contemporary art held in Europe these past years, presents a selection of twenty-four Israeli artists from different experiences and generations.

Shay Frisch’s work entails the creation of electric fields and their interaction with the surrounding environment. In the exhibition’s complex itinerary, his installations become energy generators, electric fields that expand in space, spreading their charge.

The field is generated by the assembly of modules, conductors of electrical current, through which energy passes thus becoming “form.” These commonly found components, maintain within an electrical charge, whose perennial activity is detected by luminous indicators, bearing witness to a phenomenon in constant motion, to an act that unfolds live and is endless.

Shay Frisch makes use of the aseptic industrial element, containing it within modular repetitions that transform it into a living, pulsating form.

After MACRO in Rome, the Museo di Arte Moderna e Contemporanea (MAMBA) in Buenos Aires, Argentina, will host the show, from early July to late August 2013.