John Baldessari: A Print Retrospective From the Collections of Jordan D. Schnitzer and His Family Foundation
Museum of Contemporary Art San Diego
February 5, 2012 – May 13, 2012 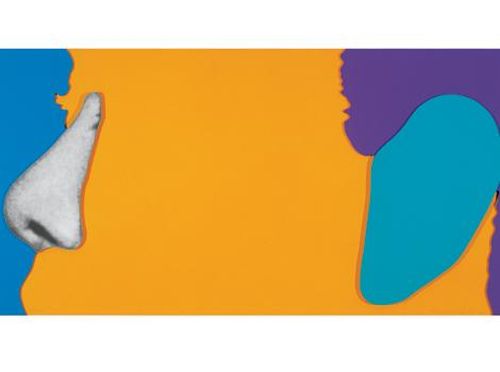 The Museum of Contemporary Art San Diego presents John Baldessari: A Print Retrospective From the Collections of Jordan D. Schnitzer and His Family Foundation in its La Jolla location from February 5, 2012 to May 13, 2012.

John Baldessari is one of the most influential artists working today. A native of National City, Calif., Baldessari has been making art for decades. In 1960, MCASD–then the La Jolla Art Center–gave Baldessari his first exhibition. His relationship with the Museum has continued, including the 1997 exhibition National City. MCASD is honored to welcome Baldessari back to the Museum, this time with an expansive survey of his entire body of printmaking.

Drawn from the impressively rich and deep holdings of contemporary prints assembled by collector, business man, and philanthropist Jordan Schnitzer, this exhibition represents the largest offering of Baldessari’s graphic oeuvre ever assembled.

Baldessari took on printmaking in the 1970s and has continued unabated. With laconic wit and visual restraint, he alters and crops photographic images to build a beguiling visual vocabulary. This retrospective of Baldessari’s prints, including more than 100 works made between 1973 and 2010 in media as diverse as lithography, etching, photogravure, aquatint, photo intaglio, embossing, silkscreen, and beyond, presents a beautiful and cacophonous example of the adventures in seeing and thinking he can conjure.

For Baldessari, printmaking has long existed as a coequal of other expressive forms, participating fruitfully in the development of the many artistic strategies that have continued to this day to propel his thinking onward, steadily and strongly, with surprising twists and turns along the way. His collaboration with numerous presses and printers and his nonstop experimentation with materials and media are testimony to his devotion to the endless potentials of printmaking. Baldessari places a high value on the art of printmaking, and this exhibition will reveal the rich results of this engagement.