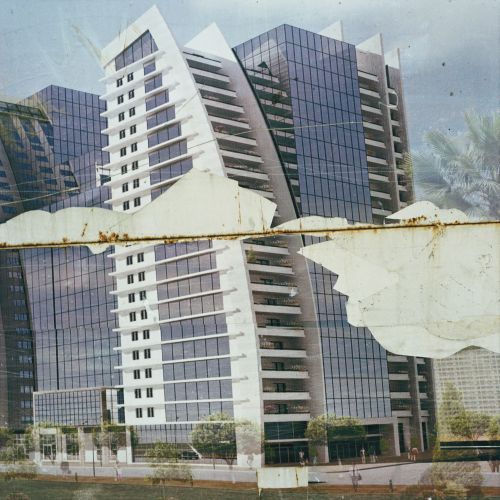 Yto Barrada – Riffs is the first large-scale museum exhibition by the French-Moroccan artist. In 2011 she was selected by Deutsche Bank as “Artist of the Year” 2011. The award includes an exhibition made possible by the financial institution, which was presented at the Deutsche Guggenheim in Berlin followed by stops in Brussels, Chicago, Birmingham, and Rome, and which can now be seen at Fotomuseum Winterthur.

For more than a decade, Yto Barrada has confronted the political realities of North Africa in her photographs, films, and sculptures. Her work engages with life in her hometown of Tangier, Morocco, whose particular situation along the Strait of Gibraltar is emblematic of the historical up-heavals experienced by many countries in northern Africa. “I’ve always been attentive to what lies beneath the surface of public behavior,” says Yto Barrada. “In public, the oppressed accept their domination, but they always question their domination offstage. Subversive tactics, strategies of class contestation, forms of sabotage used by the poor – this is what I am most interested in.”

For the title of the exhibition, “Riffs,” Barrada took inspiration from the musical use of the term, the Cinéma Rif cultural center founded and directed by the artist, and Morocco’s nearby Rif mountains, which have long been a stronghold of anti-colonial insurgency.

The city of Tangier has been a place of longing and desire for Northern Europeans as well as Americans, especially since the 1950s when writers such as Paul and Jane Bowles, Tennessee Williams, Jack Kerouac, Truman Capote, and William S. Burroughs popularized it as a kind of melancholic sanctuary. Tangier is also the hometown and object of research of Moroccan-French artist Yto Barrada, who was born in 1971 in Paris and raised in both countries. However, what interests the artist is not “this Tangier” – neither the projection surface of intellectual existence “fanatics” nor the object of fantasies of the ten million tourists who visit Morocco annually. Barrada’s Tangier is that of the 1990s and 2000s – today’s Tangier – which drives her and which she addresses in every work, video, photograph, sculpture or installation in a new and special way. As such, Tangier is her field of investigation, her focus, and emotional locus, reflecting an intensity that is seldom found in the works of photographers and other artists. David Goldblatt who has conducted research in Johannesburg (and in South Africa in general) for the last fifty years, and William Eggleston, with his recurring themes surrounding Memphis, Tennessee, are among the few comparable cases.

Since 1991, the narrow channel at Gibraltar – a mere 14 kilometers in length – has become an insurmountable obstacle, a virtual Mariana Trench, between Europe and Africa. Speedboats traverse the strait in 35 minutes, bringing tourists from north to south, while the police swiftly intercept and turn back Moroccans (and Africans in general) headed north. Where once prevailed a dream of cultural exchange, a one-way tourist street has been created. Yto Barrada addresses this fissure that has cut off established trade passages as well as mental escape routes. What was interesting as a possibility, but never a necessity, has been transformed through the severe restrictions – the amputation of North Africa – into an urgent desire. With calmly observant, restrained images, Yto Barrada’s photo series creates a climate of waiting, persistence, and circumnavigation.

The border to Europe is not the only one. Tangier has developed internal trenches, and is rapidly evolving into a conformist real estate city. According to Barrada, 5000 building permits were issued in a single year. The city is expanding to the south into the countryside. Piece for piece, its empty spac-es are disappearing as the uncertain and ambiguous are filled with new buildings and scattered settlements. Real estate capitalism paired with neoliberal politics is spreading, forcing its way through the historical architecture and preexisting land tenure. Such are the borders within the city itself, striations that constantly shift. In her photographs, Yto Barrada depicts how the new buildings spread, proliferation, take possession, and transform the city. In her video Beau Geste (2009), three men carefully tend and support a delicate palm tree. The tree activists Barrada portrays are working illegally, using small acts of civil disobedience to fight a law allowing landowners to build or sell their land as long as no fruit grows and no tree stands on it. The tree action becomes a form of “guerilla gardening,” which is intensely debated by observers who happen to be passing by.

Yto Barrada monitors the changes in her city with hawk-like attentiveness, responding to them with actions, images, and films that nevertheless maintain a remarkable calm, distance, and restraint. Neither iconic nor bellicose, they do not purport to be a weapon of enlightenment, nor do they offer a complacent, arrogant visual world that knows exactly how to behave and what to attain. As if the artist would always take a step back, her quiet, nearly static square color photographs offer visual fields opening up onto a landscape, an urban constellation, a being, a repose. They reveal objects, buildings, and people so we might engage with them as observers, immersing ourselves, seeking, exploring, contemplating. We see here a sign and a gesture, there a rebellion; strikingly dedramatized, real and allegorical at the same time.