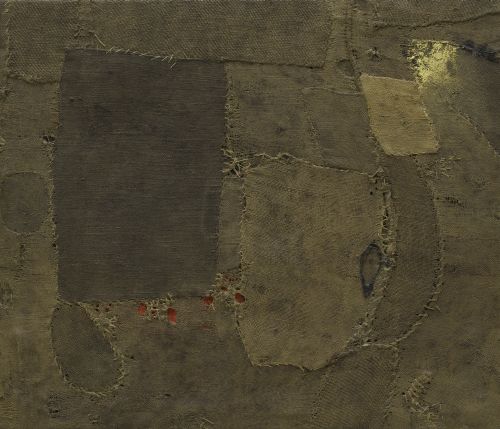 From 26 February to 5 June 2011, the Arca of Vercelli presents the exhibition 1900-1961. Italian Art in the Guggenheim Collections, curated by Luca Massimo Barbero.
Following the trilogy of exhibitions dedicated to Peggy Guggenheim which in the course of three years has brought to Vercelli 120,000 visitors—thus confirming its full recognition as a ‘Città d’Arte’—a new cooperative agreement for exhibitions between the Piedmont Region, the Comune of Vercelli, and the Peggy Guggenheim Collection brings to Vercelli more than 40 works of Italian artists, represented in the collections of the Guggenheim museums in New York and Venice.

The exhibition pays tribute to 20th century Italian art with a selection of works traversing the genesis, growth and evolution of the Italian avant-garde from 1900 to 1961. The installation will trace the critical reception of Italian art by American collectors and exhibitors over this 60-year period, and will be enriched by works from private Italian collections, above all the celebrated Gianni Mattioli Collection, on long-term deposit at the Peggy Guggenheim Collection in Venice.
2011 is the 150th anniversary of the Unification of Italy. It is a symbolic gesture that the exhibition opens with a masterpiece by Giuseppe Capogrossi, of the early 1960s, to acknowledge the centenary of Italy’s unification. The exhibition then moves backwards in time, with works by internationally famous Italians. Artists include Arnaldo Pomodoro, Alberto Burri, Lucio Fontana, Giorgio Morandi, Filippo de Pisis, Arturo Tosi, Giorgio de Chirico, and Amedeo Modigliani. Special focus, with eight works on show in the Arca, is given to Mario Sironi, one of the best-represented Italians in the Venice collections.
The closing section of the exhibition is dedicated to Futurism, a movement that, early on, captured the attention of private and public collecting in the USA. The exhibition includes masterpieces by Giacomo Balla and Umberto Boccioni, and works by their contemporaries Medardo Rosso, Gaetano Previati and Adolfo Wildt.

The exhibition is organized with the collaboration of Giunti Arte mostre e musei which has also published the catalogue. An intensive programme of promotional, communication and educational events will be organized. A novelty this year will be a free audioguide for visitors, with information about the exhibition and about recently revealed fresco cycles in the side-aisles of the former Church of San Marco.

The exhibition is a part of the calendar of ‘Esperienza Italia’, a programme of exhibitions and events planned for Turin and elsewhere in Piedmont to celebrate the 150th anniversary of the Unification of Italy.