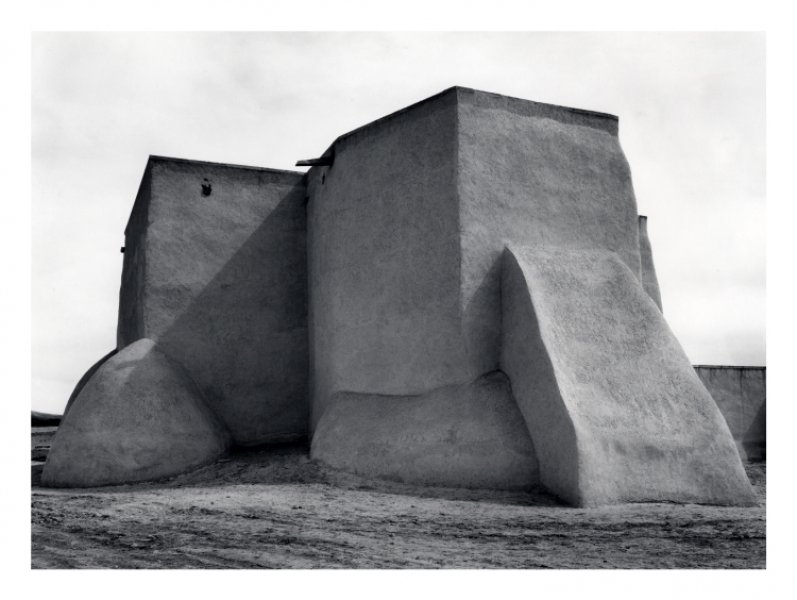 [ad#lb]
Georgia O’Keeffe and Ansel Adams: Natural Affinities, on view at the Norton Museum of Art from January 24 through May 3, 2009, celebrates the deep commitment to the American landscape shared by these two iconic artists. Natural Affinities explores how both artists intensely focused their attention on beauty in nature and transformed these elements with color and tone. The exhibition includes 40 O’Keeffe paintings and 54 Adams photographs.

While O’Keeffe and Adams both call attention to the abstract aspects of the Western landscape, they do so in different ways. Adams’ photographs consistently capture drama in the natural world, whether in the quiet depictions of its awesome intensity or in works that show its transitory moments, like a sunset, sunrise, moonrise or dramatic cloud patters—the latter two can be seen in Moonrise, Hernandez, New Mexico. On the other hand, O’Keeffe rarely depicted the transitory in nature. Rather her landscapes and vegetation are overwhelming direct and immediate with drama emerging from her passionate interest in color as in the intense grays, blacks and purples in The Black Iris.

O’Keeffe (1887­­–1986) and Adams (1902–84) first met in 1929 in Taos, New Mexico when Adams traveled to photograph the pueblo and O’Keeffe traveled from New York City to spend the first of many summers painting in New Mexico, which she made her permanent home in 1949. At their first meeting, Adams was unknown in the art world, but O’Keeffe was one of its most well-known and celebrated modernist painters. Despite this and the difference in their ages (she was 42 and he was 27), they immediately became friends. Their deep commitment to and mutual admiration of the unspoiled, western landscape solidified a friendship that lasted the remainder of their lives.

The first exhibition to bring together an important selection of these artists’ paintings and photographs, Natural Affinities showcases their modernist sensibilities, reverence for American cultural nationalism and awe for the natural world. The works date from the 1920s forward showing ongoing interaction with their surroundings. Because of each artist’s intense feelings for their surroundings, each affectionately claimed a section of it as their own—northern New Mexico for O’Keeffe and Yosemite and the Sierra Nevada for Adams. Anne Hammond, an Honorary Research Scholar at the Georgia O’Keeffe Museum’s Research Center in 2001 and a specialist in the work of Ansel Adams, curated the exhibition.

Organized by the Georgia O’Keeffe Museum.

Local sponsorship of this exhibition is made possible in part through the generosity of Starbucks Coffee Company and The Priscilla and John Richman Endowment for American Art.

From Non-Conformism to Feminisms: Russian Women Artists from the Kolodzei Art Foundation Paintings from the Reign of Victoria: The Royal Holloway Collection, London