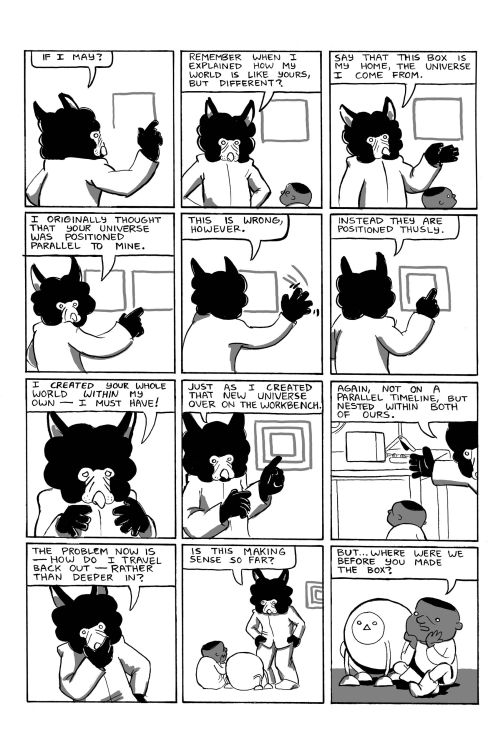 Jonas Madden-Connor is a cartoonist living and working in Berkeley. He’s the creator of the award-winning minicomic series Ochre Ellipse, which explores the medium through metafictional devices. Of Ochre Ellipse 3, the Daily Crosshatch wrote, “No matter what your own experience has you read into this book, you’re guaranteed to be swept up in its spell. For me at least, the experience was really rare. Hands down one of the best books I’ll read all year.”

Jonas’ work has appeared in many collections including Papercutter, The Comic Book Guide to the Mission, and most recently, Digestate, a food and eating themed anthology. He has been nominated for and won several awards, including Ignatz and Maise Kukoc, but his most proudest moment was winning the 2008 Isotope Award for Excellence in Mini-Comics because it came from one of his favorite local comic shops.