From Non-Conformism to Feminisms: Russian Women Artists from the Kolodzei Art Foundation 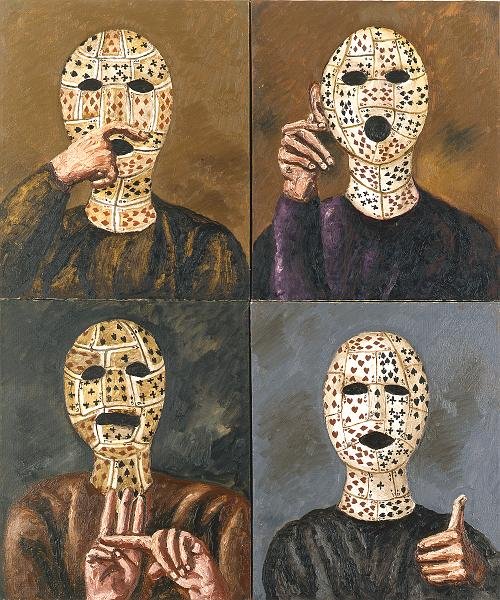 [ad#lb]
The Chelsea Art Museum – Home of the Miotte Foundation – is proud to bring an exhibition of Russian women artists from a collection founded by one of the most significant women pioneers in Russian art, Tatiana Kolodzei.

The exhibition From Non-Conformism to Feminisms: Russian Women Artists from the Kolodzei Art Foundation is a selection from the Kolodzei Collection of Russian and Eastern European Art, and covers three generations, from the 1960’s to the present. The show includes work in many media-painting, works on paper, photography, and video. This exhibition is arranged thematically and features the work of emerging, mid-career and established artists. Twenty five artists, ranging in age from 30 to over 80, represent several stages in the evolution of non-conformist and independent art in Russia. The exhibition is a visual exploration of the development and accomplishments of women artists from Russia. The event is designed to enhance mutual understanding, to generate public awareness of Russian women in art, and to empower women artists to pursue their calling.

The first generation consists of artists who began their careers at the time of Khrushchev’s “Thaw” of the 1950’s and took part in the first, crucial, unofficial exhibitions of the 1970’s, including Lydia Masterkova, Valentina Kropivnitskaya, and Rimma Gerlovina. The next generation includes artists who participated in the initial exhibitions and others who became involved in the early 1980’s, including Maria Elkonina, Bella Levikova, Natalia Nesterova, Tatyana Nazarenko, Olga Bulgakova, Anna Birshtein, Marina Telepneva, Tatiana Levitskaia, Nadezhda Gaiduk and Valentina Lebedeva. The latest generation is made up of artists whose works date from post-perestroika and post-Soviet period from the late 1980’s to the present, including Natalia Kamenetskaia, Alla Esipovich, Marina Koldobskaya, Marina Gertsovskaia, Tatiana Antoshina, Natalia Elkonina, Marina Karpova, Irina Salnikova, Anna Frants, Anna Brochet, Elena Kallistova and Natalia Sitnikova.
The Kolodzei Collection, founded by Tatiana Kolodzei in Moscow during the height of the Cold War in the 1960’s and continuing today with her daughter, Natalia, is one of world’s largest private collections of Russian and Eastern European Art, with over 7,000 pieces by more than 300 artists from Russia and the former Soviet Union, chronicling four decades of nonconformist art from the post-Stalinist era to the present. The Kolodzei Collection is a living, open entity, which continues to grow, and reflect changes in culture, while reacting to the variable nature of contemporary art.

“Non-Conformist Art” is art produced outside of the officially accepted Socialist Realism (which glorified the Soviet state); it is also known as “unofficial art” or “underground art.” From Non-Conformism to Feminisms: Russian Women Artists from the Kolodzei Art Foundation exhibits works reflecting the major current of Russian alternative culture and describes the history of non-conformist art processes and movements produced by women from the 1960s to the present.