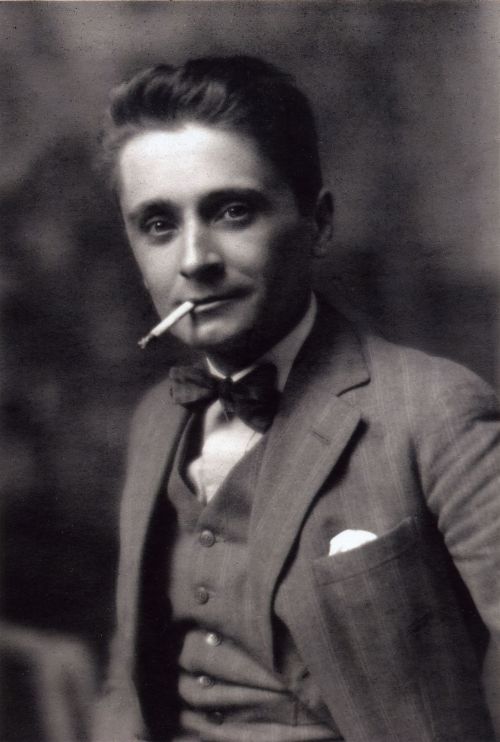 Opening June 9 (through September 16, 2012), the exhibition Cycling, Cubo‐Futurism and the 4th Dimension. Jean Metzinger’s “At the Cycle‐Race Track” focuses on a painting acquired by Peggy Guggenheim in 1945 and now permanently on view in her museum in Venice. Exactly one hundred year years after At the Cycle‐Race‐Track (1912) was painted, the exhibition reveals how Jean Metzinger (1883  ‐1956) adapted the avant‐garde pictorial language of Cubism to subject matter combining the popular sport of cycle‐racing with attempts to depict speed and to define in paint the fourth dimension—alluded to in the number ‘4’ in the stadium grandstand. Metzinger, though less celebrated today than contemporaries such as Pablo Picasso and Georges Braque, figured prominently among the Cubists that exhibited together in Salle 41 of the 1911 Salon des Indépendants in Paris—the event at which the Cubist movement crystallized in the perception of Parisian art and art critical circles. At the Cycle‐Race Track is by an artist who is central to our understanding of Cubism, one of the most original pictorial styles in twentieth century art.
Together with Albert Gleizes, Metzinger published Du Cubisme (1912), the first book‐length account of the aims and methods of Cubism.

At the Cycle‐Race Track illustrates the final yards of the Paris‐Roubaix race, and portrays its winner in 1912, Charles Crupelandt. The Paris‐Roubaix has earned several nicknames: ‘Hell of the North’, owing to the extreme hardship of cycling over the cobbled pavé roads of northern France, ‘Queen of the Classics’, the ‘Easter Race’. Metzinger’s painting was the first in Modernist art to represent a specific sporting event and its champion. He folded into the image his concepts of multiple perspective, simultaneity, and time, according to his belief that the fourth dimension was crucial to a new art that could compete with the classical French tradition of Jacques‐Louis David and Jean‐Auguste‐Dominique Ingres. Metzinger belonged to a group of intellectuals and artists, including Guillaume Apollinaire, Albert Gleizes and František Kupka, that frequented the household of the Duchamp brothers, Marcel Duchamp, Raymond Duchamp‐Villon and Jacques Villon, in Puteaux, a suburb of Paris, and who, inspired by their admiration for Maurice Princet, known as the ‘the mathematician of the Cubists’, discussed such matters as non‐Euclidean geometry, theoretical mathematics, the golden section and non‐visible dimensions. The combination of a sporting subject chronicling a new passion in French popular culture and an ambitious intellectual and visual apparatus central to the nascent Cubist movement qualifies Metzinger’s At the Cycle‐Race Track as a masterpiece.

This exhibition is inspired by and curated by Erasmus Weddigen, who first discovered the identity of the cyclist in At the Cycle‐Race Track and its precise date. It will include two further paintings of racing cyclists by Metzinger, and a third, recently rediscovered painting, treating the subject of time and the fourth dimension, and signifying the end of Metzinger’s research into the dynamics of movement. These works will be exhibited together to the public for the first time. Images of cyclists by Italian Futurists—Umberto Boccioni, Fortunato Depero, Gino Severini and Mario Sironi—will also be displayed. Unique Forms of Continuity in Space (1913) by Boccioni and works by Marcel Duchamp will further reference the elasticity of space. Paintings by Georges Braque and Louis Marcoussis will illustrate the presence of sand as the volumetric ‘third dimension’ in art.

The exhibition documents the passion, then and now, for cycle racing, and for the Paris‐Roubaix race in particular, with early and modern bicycles loaned by the collection of Ivan Bonduelle, a long‐term loan to Musée Régional du Vélo ‘La Belle Echappée’, La Fresnaye‐sur‐Chédouet, Museo del Ciclismo Madonna del Ghisallo, and designer Marco Mainardi of Studio Dimensione Servizi. In addition, the racing cycle of Fabian Cancellara, winner of the Paris‐Roubaix race in 2006 and 2010, is loaned by the RADIOSHACK NISSAN TREK. The theoretical and sporting themes of the show come together in the exhibition of a stationary bicycle, to be used by the audience, designed to illustrate theories of space and time formulated by Albert Einstein, loaned by the University of Tübingen, Germany.