The Commonplace of Things – Marcos Valella

Dimensions Variable (DV) presents a solo project titled The Commonplace of Things by New York & Miami-based artist Marcos Valella. The exhibition opens on October 22, 2022 and runs through January 10, 2023 in the Project Gallery.

On one of Marcos Valella’s minimally splattered and assemblaged new paintings, hidden within the folds of fabric he’s stapled to the frame, is a door. It’s not a painted door, but rather an arched aperture cut into the cloth. Valella likes to consider it as an exit—a hole through which to leave the painting (both this specific one, I imagine, and Painting in general). But openings are always two-directional, so let’s use it as an entrance.

Valella has been in a slow process of emptying out his paintings. When we first met, about a decade ago in Miami, the surfaces of his canvases were oil-slicks stirred with never-ending brushstrokes. The palettes—sometimes muddied and subdued, other times a blast of rainbow—and the emphasized brushwork both exclaimed the painterly act of a painter painting. But the finished products had something else on their mind. They weren’t quite abstractions. They were more like records of painting. Painting’s receipt.

From there, Valella started experimenting with what he could take out. The endless swirling gyre of a paint-loaded brush was replaced but the same motion done in pencil, with the resulting shapes filled in randomly with swatches of color. And then the paint went as well. In its place came fishing lures and pushpins. These allowed the painter to make a painting without actually painting. Or at least without using paint. They also allowed him to get away from decision-making. While a brushstroke is permanent (even if painted over, it remains: a pentimento, a dirty secret) the pushpins and lures could be rearranged at will.

But then, these went too. Valella moved beyond the edge of the canvas, using balsa wood—throughout, there’s an affinity for the hobbyist’s materials—to build walls around the paintings, and on one side cut an opening (a door) through which he would blast a jet of spray paint. The resulting mark looked like painting: a miniaturized version of heroic abstraction. But it also looked like light creeping across an empty floor. 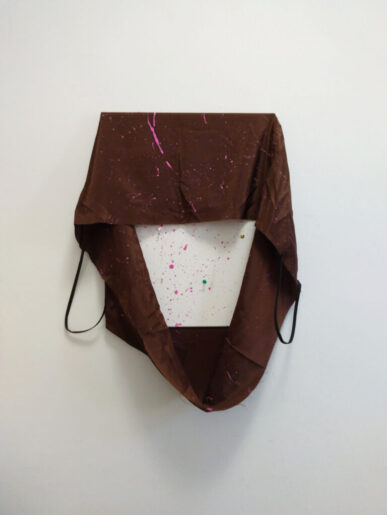 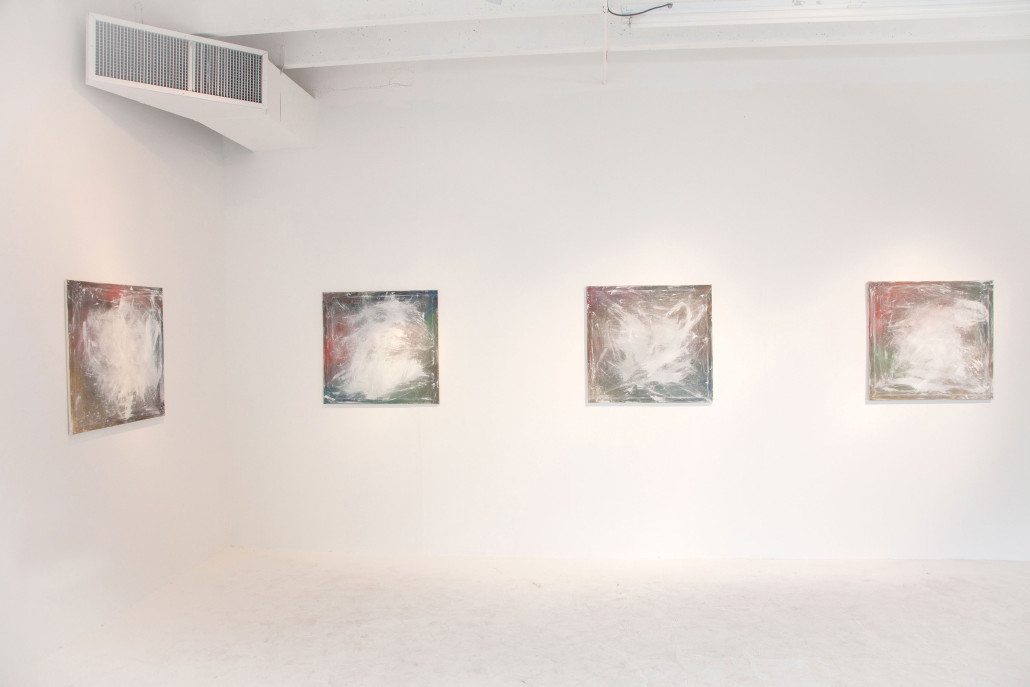