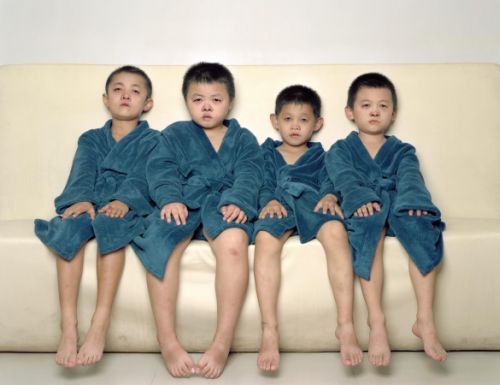 In the thirty years following the implementation of China’s Reform and Opening Up policy, China’s policies on culture and art have changed dramatically. A new generation of youth climbed the stage. China’s young people are akin to their contemporaries in other countries when it comes to their likes. They like to watch movies, listen to pop music and use the Internet to perceive the world. The changes in the lifestyles of the Chinese youth brought about changes in China’s contemporary art, which received a new impetus and enjoyed a tremendous outburst of creative energy as a result. Artworks of the young artists bear the marks of the new realities.

China is going through changes. The Chinese art tradition is undergoing changes too. These changes are undoubtedly noteworthy yet not as unequivocal as they may appear at first sight. Young artists have started to voice their own opinions with a view to building their own systems of values. Some artists relied on the traditional techniques and media to create contemporary artworks; others followed latest trends using new media for the same purposes. China’s traditional art had evolved for five thousand years. The Chinese contemporary art is merely 30 years old. Three decades are long enough for laying the foundations before asking a question: “Where do we go from here?”

It is still easy to notice a good deal of artistic exploration and experimentation in the works created by young Chinese artists. Their works are full of energy, and they could help the visitor to follow the course of generational changes. Perhaps the pieces on display indicate some new trends in art. This is why the exhibition is called New Directions. China’s contemporary art is still in the early stages of development. The journey goes on. At the moment it is rather difficult to predict how Chinese contemporary art will look like in the future and hence the allure of it.

The exhibition is curated by Yang Xinyi who was in charge of “Harmony and Integrity: The Yongzheng Emperor and His Times”, the first exhibition held in the last 60 years by the combined effort of the Beijing Palace Museum and the National Palace Museum in Taipei. According to The Art Newspaper, the project ranked 7 on the list of the most popular exhibitions of the year 2010, with nearly 8 thousand visitors attending the exhibition every day. About 755 thousand people came to see the display. Mr. Yang earned a doctorate in art history at Cornell University, U.S.A. He worked at the Guggenheim Museum, U.S.A. Mr. Yang’s experience in curatorship and investment totals 12 years.