Ted Hallman has been an important figure in modern design since the late 1950s, using textiles as an artistic medium. Born in 1933 in Bucks County, his work is in the permanent collections at the Smithsonian Institution, the Metropolitan Museum, the Philadelphia Museum of Art, the Art Institute of Chicago, among others. Hallman has traveled the globe studying textiles. Along the way, he influenced an entire generation of artists in the emerging craft movement he helped to raise in stature. He continues to do so today. “I thought of myself as a weaver, and here they wanted me in an art museum” Hallman said as major museums have collected his work. As a fiber artist, Hallman typically works with wire, yarn and fabric. His exhibit will consist of sculptures created using a mixture of acrylic yarns, wool and rayon suspended from steel armatures. Also included will be colorful “invented wall pieces” that are two-dimensional textile structures. 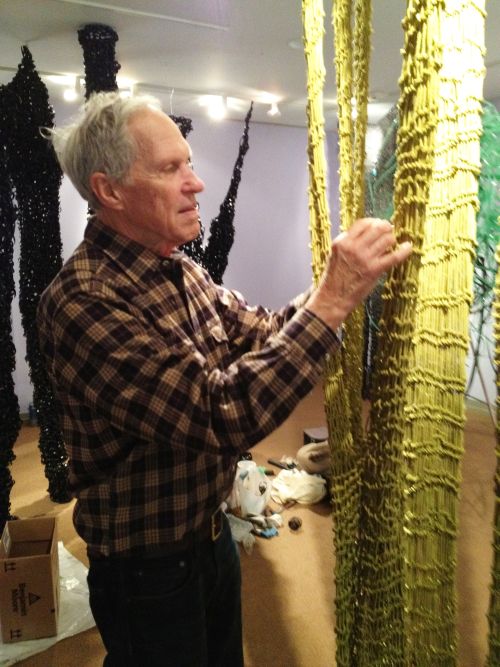