Yael Bartana: and Europe will be stunned
Moderna Museet Malmö
May 22 – September 19, 2010 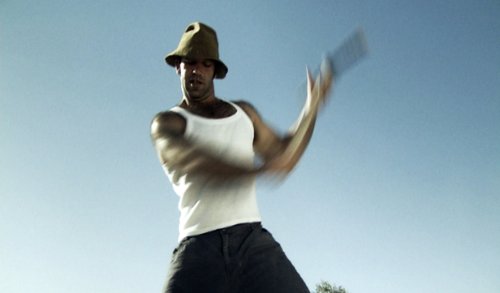 As our main exhibition this summer, Moderna Museet Malmö is proud to present the internationally acclaimed film artist Yael Bartana. The exhibition and Europe will be stunned will occupy the entire Turbine Hall, screening five of the artist’s most recent film productions, all balancing on a thin line between fact and fiction, history and future, rhetoric and propaganda.

Yael Bartana (born in 1970 in Moshav Kfar Yehezkel, Israel) has during the last decade earned considerable international attention and acclaim. She has been nominated for and given many awards, and she has had several solo exhibitions at among others Museum of Modern Art in Warsaw, Contemporary Jewish Museum of San Francisco, PS1 in New York and Kunstverein Hamburg. In 2003 she held a six months long artist-in-residency at the Rooseum Center for Contemporary Art in Malmö, Sweden. She now returns to Malmö with her most comprehensive solo exhibition in Europe to this date – and Europe will be stunned .

The birth and development of the Yael Bartana’s native country, and the Israeli-Palestinian conflict, impacts deeply on her oeuvre, in which she also explores complex relations between Jews, Poles and other Europeans in the age of globalisation.

An intriguing exhibition design, consistent of five building volumes, references an architectonic aesthetic found in Bartana’s films and can evoke associations to a type of settlement or outpost. In a troubled borderland between reality, fiction, and propaganda, Yael Bartana weaves together the contrary movements which in different ways contributed to the founding of Israel: European anti-Semitism, colonialism, Socialism and Zionism. The origins and development of Zionism are scrutinized in light of Israel’s political stance toward the Palestinians, and the socialist-inspired Zionism of the early 20th century, is juxtaposed with contemporary opposition against the Israeli state.

Documentation merges with propaganda and at a certain point we are geographically transported from Israel/Palestine to Poland, where a new political movement, the Jewish Renaissance Movement in Poland, emerges amid historical layers and reflections.

An extensive catalogue is produced for the exhibition with texts by Joa Ljungberg and Joshua Simon, and a conversation between the artist, Charles Esche and Galit Eilat.