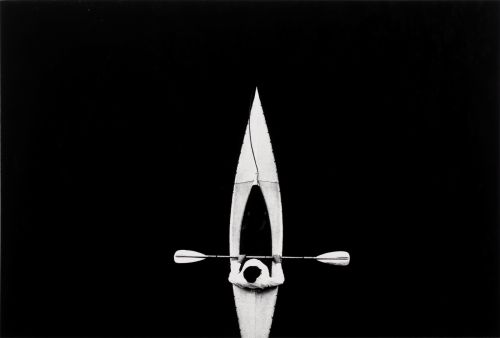 Works by Ray K. Metzker, one of the most original and influential photographers of the last half century, will be on view from Jan. 15 to June 5, 2011, at The Nelson-Atkins Museum of Art. The Photographs of Ray K. Metzker will reveal Metzker’s ability to turn ordinary subjects, including the urban experience and nature, into the visual poetry of the finely crafted black-and-white print.

At the age of nearly 80, Metzker is greatly admired for his passionate engagement with both photography and the world. He has explored the use of high contrast and selective focus, the potentials of multiple and composite images, and the infinite gradations of daylight, from dazzling white to inky shadow.

“This is great and lasting work – the very best of a classic form of American modernism,” said Keith F. Davis, senior curator of photography at the Nelson-Atkins. “Metzker has led a life of deep devotion to understanding the potential, challenge and pleasure of photographic seeing.

“In so doing, he has transcended any simple notion of technical experimentation or formalism to illuminate a vastly larger human realm—one of uncertainty, isolation and vulnerability, as well as of unexpected beauty, grace and transcendence.”

Thanks to a major gift from the Hall Family Foundation, the Nelson-Atkins now has the largest holding of Metzker’s work (92 prints) in the United States.

Born in Milwaukee, Wis., in 1931, Metzker first took up photography as a teenager. After two years in the army, he entered the graduate program at the Institute of Design, Chicago, in the fall of 1956. His professors, Aaron Siskind and Harry Callahan, were acclaimed artists and inspiring teachers, and they emphasized the medium’s remarkable range and visual potential. Metzker’s artistic vision grew from a union of ideas: the realities of modern life, the medium’s myriad technical possibilities, and the quest for a distinctly individual vision.

Metzker has lived and worked in Philadelphia since 1962, and as he approaches the age of 80, he continues to make new pictures there.

The photographs in the exhibition feature examples from all his major series, including his earliest mature work from Chicago (1957–59); photographs from an extended visit to Europe (1960–61); the street activity, people, and structures of Philadelphia (from 1962 to the present); beachgoers at the New Jersey shore, Sand Creatures (1968–77); the starkness of the Southwestern light and landscape, New Mexico (1971–72); and the lush mysteries of the natural realm, in his Landscapes (1985–96) from Italy, France and the United States.

The exhibition features a host of innovative and ingenious approaches to photography, including the use of the double image, Double Frame (1964–66) and Couplets (1968–69); single works created from an entire roll of film, Composites (1964–66); and the creative control of focus in both Pictus Interruptus (1976–80) and Landscapes (1985-96).