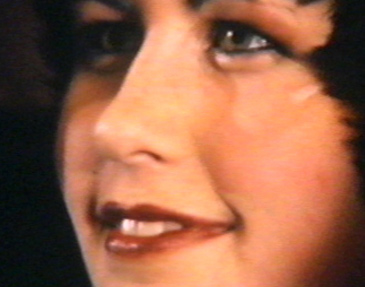 The Serpentine Gallery presents a new exhibition conceived by Mark Leckey. In a multi-disciplinary practice that encompasses sculpture, sound, film and performance, Leckey explores the potential of the human imagination to appropriate and to animate a concept, an object or an environment. Drawing on his personal experiences as a London-based artist, who spent his formative years in the north of England, Leckey returns frequently to the themes of desire and transformation.

Leckey’s fascination with the affective power of images is another recurring theme. Meticulously sourced and reconfigured archival footage is a predominant feature of some of his best-known works. Fiorucci Made Me Hardcore (1999) is a seminal exploration of the history of underground dance culture in the UK from the mid- 1970s to the early 1990s. Through the brands of clothing they wear, the way they dance and the drugs they take, the clubbers depicted seek meta-morphosis to a state beyond the mundanity of their daily existence.

In the recent performance piece GreenScreenRefrigeratorAction (2010), Leckey sought to communicate the inner life of a ‘smart’ fridge – one that keeps an electronic tally of its contents – and to render audible its ‘voice’. In his bid to become one with the appliance, the artist inhaled refrigerator coolant and draped himself in a green cloak that, at a certain point in the performance, allowed him to morph into the green-screen backdrop against which the fridge was set. Advancing the notion that we can be in constant communication with every aspect of our environment, that everything feels alive, Leckey’s universe is mediated on multiple levels.

For BigBoxStatueAction (2003–11), Leckey places one of his Sound Systems ‘in conversation’ with a modernist sculpture. In order to elicit a response from the sculpture, Leckey serenades it with a sound piece created from sampled music and archive material. If the community of clubbers depicted in Fiorucci Made Me Hardcore share a group mentality and the ‘smart’ fridge of GreenScreenRefrigeratorAction is an appliance with a mind of its own, in BigBoxStatueAction Leckey attempts to coax the sculpture to reveal its thoughts.

Mark Leckey, born 1964, was awarded the Turner Prize in 2008. His work has been widely exhibited internationally, including solo exhibitions at Kölnischer Kunstverein, Cologne, in 2008 and at Le Consortium, Dijon, in 2007. His performances have recently been presented in New York at the Museum of Modern Art, Abrons Arts Center; at the Institute of Contemporary Arts, London, both in 2009; and at the Solomon R. Guggenheim Museum, New York, in 2008.