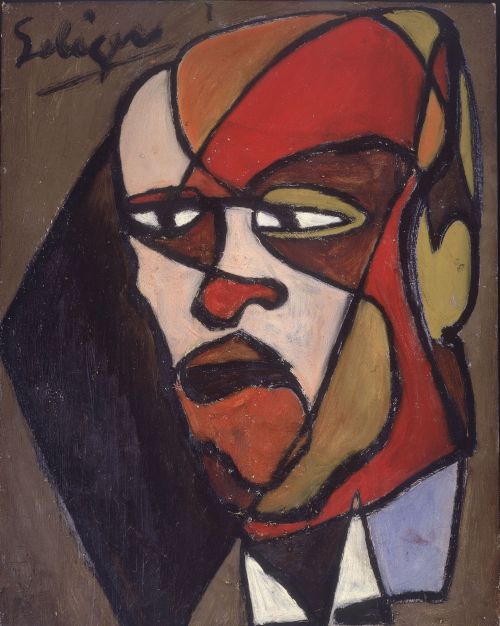 This exhibition brings to Venice and to Italy for the first time a corpus of works—thirty‐three paintings and drawings—by American Surrealist painter, Charles Seliger (1926‐2009), working in the 1940s, the beginning of his career, that trace his rapid development from youthful enthusiasm and talent to a mature artist, confident in his own, original artistic vision.

As an adolescent Seliger showed an precocious interest in painting and modern art. By the time he was 20 he had developed a vocabulary and syntax of his own which were to be the basis of his future career. The fantastic imagery, inventive processes and creative freedom peculiar to Surrealism enthralled him, and led him, between 1942 and 1950, the period to which the works in this exhibition belong, towards his own aesthetic maturity. Seliger’s theory and practice were profoundly indebted to Surrealist themes and to Surrealist automatism as a key to unlocking the creative impulse. Convinced of the inadequacy of normal vision to apprehend reality in its totality, he set out to paint the invisible. Seliger visualizes a natural world that is concealed from the human eye: biological structures, cells, organic viscera, and bones. In the same decade he acquired an interest, that was to endure his entire life, in the concept of metamorphosis, which was central to Surrealism. His images expresses profundity and interiority, as metaphors for the unconscious. He was if anything closer to true Surrealism than his contemporaries, many of whom were later to figure as American Abstract Expressionists. Despite his participation in the artistic climate that gave rise to Abstract Expressionism (New York in the early 1940s), Seliger developed a distinctive content, style and aesthetic of his own. Rarely has an a artist matured so fast and so successfully at such an early age: slow motion images of the micro‐world that surrounds us and of which we are made. In 1945 (30 October‐17 November) Peggy Guggenheim gave Seliger his first solo exhibition, in her New York gallery Art of This Century. He was just 19 years of age.

This exhibition follows the swift evolution in which Seliger boldly experimented a variety of approaches to the making of his art. Given the times in which he grew up one can but agree with John Yau who has written: “In hindsight, it seems remarkable that Seliger was never overwhelmed by the circle of brilliant older artists to which he belonged. Despite the heady artistic and literary milieu in which he moved, he was able to establish and pursue his own direction.” (Quoted from John Yau, Charles Seliger: Chaos to Complexity, New York: Michael Rosenfeld Gallery, 2003).