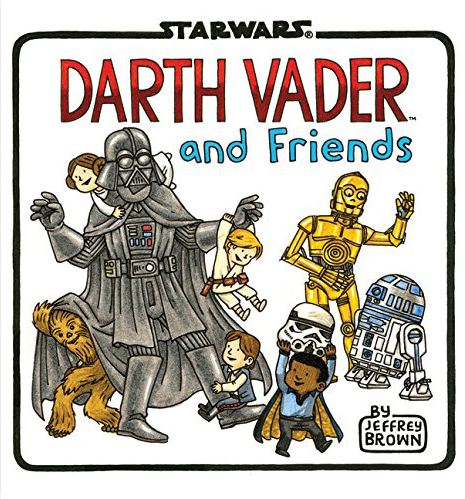 The Cartoon Art Museum presents original artwork from award-winning cartoonist Jeffrey Brown’s latest Star Wars book, Darth Vader and Friends, and his 2014 bestseller Goodnight, Darth Vader. This beloved series of books asks the question “What if Darth Vader actively raised his son and daughter?” What if “I am your father” was just a stern admonishment from an annoyed dad? In this hilarious and sweet comic reimagining, Darth Vader is a dad like any other—except with all the baggage of being the Dark Lord of the Sith. Celebrated artist Jeffrey Brown’s delightful illustrations give classic Star Wars™ moments a fresh twist, showing that the trials and joys of parenting are universal, even in a galaxy far, far away.

Darth Vader and Friends will be on display at the Cartoon Art Museum from April 25 through June 28, 2015. A reception with artist Jeffrey Brown will be held on Thursday, June 25, 2015, in conjunction with the 2015 American Library Association Conference, details TBA.