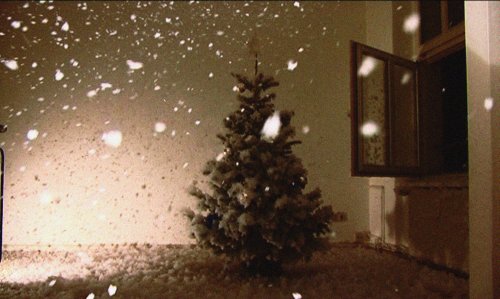 Keren Cytter is a young Israeli artist who has rapidly emerged as one of the most interesting and unique contemporary artists.

Alongside her prolific production of short video works and two longer films, she also creates performance art, or rather, works on the boundary between drama and dance. Narration is vital in her films and performances, and in addition to the scripts she has also written three novels. Her films and novels are multilayered, with internal references to themselves and their form, mixing a rich array of genres with allusions to other film-makers. The films are mundane, not to say kitchen-sink realistic, yet paradoxically theatrical and dramatic, featuring love affairs, sex, violence, murder – and humour. She applies a non-linear narrative, where actors sometimes switch roles with each other, read their stage directions out loud or tell us what will happen further on – where scenes are reshot, but with different outcomes. In Cytter’s art it seems like anything can happen.

The exhibition at Moderna Museet is her first in Sweden. A catalogue will be produced, with essays by Magnus af Petersens and the artist..

A Year with Children 2010 Ed Ruscha at Moderna Museet