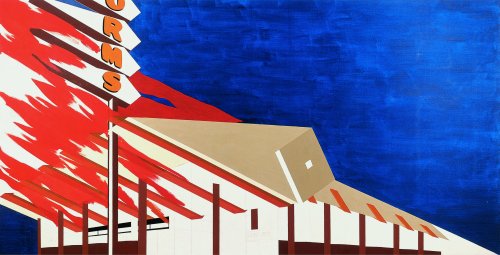 Ed Ruscha’s paintings are ambiguous and provocative, recycling scraps from popular culture and redefining established genres. Was he one of the first pop artists, a trailblazer for conceptual art, a late surrealist, a pioneer of postmodernism, or – actually – a bit of everything?

Originally working in graphic design, photography and film, painting became the focus of Ed Ruscha’s oeuvre after he moved to Los Angeles in the 1950s. This comprehensive retrospective presents his paintings, from the early word portraits, via absurdly realistic paintings of mountain ranges and gas stations, to his later, more monumental and complex works in which he often combines whole sentences with other subject matter.