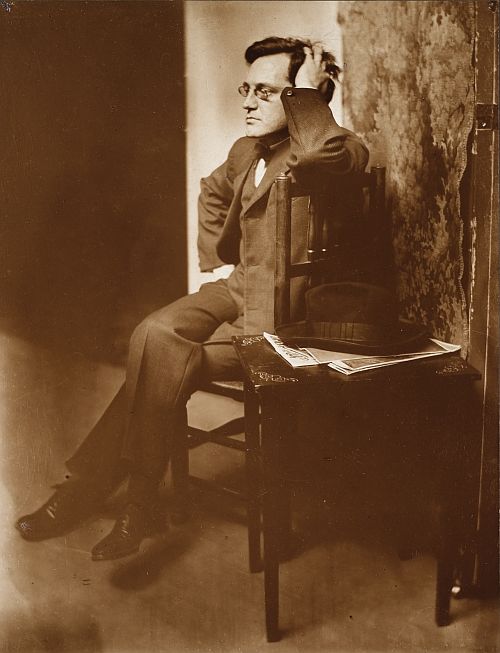 On February 3, 1908, a revolutionary exhibition of paintings opened to great fanfare at Macbeth Galleries in New York. A group of artists known as “the Eight” organized the exhibition to rebel against conservative art critics and the juries at the National Academy of Design. Gertrude Käsebier’s Photographs of the Eight: Portraits for Promotion, on view at the Delaware Art Museum February 23 – July 7, 2013, explores how the Eight–Robert Henri, John Sloan, William Glackens, George Luks, Arthur B. Davies, Everett Shinn, Ernest Lawson, and Maurice Prendergast–used Gertrude Käsebier’s portraits and other media to promote themselves and their famous 1908 exhibition.

As part of an aggressive effort to stir up media interest, the Eight hired American photographer, Gertrude Käsebier, to create emotive and atmospheric portraits. Putting faces to the story of their artistic rebellion, Käsebier’s photographs were featured in newspapers and magazines with headlines reading: “New York’s Art War and the Eight Rebels” and “A Rebellion in Art.” The enthusiastic press coverage was the result of a year-long campaign orchestrated by the artists to promote their work and their bold ideas about modern American art.

“The exhibition of the Eight was a watershed moment in the history of American art,” explains Delaware Art Museum’s Curator of American Art Heather Campbell Coyle. “In our archives and collections, the Museum has extraordinary documents–postcards between the artists, exhibition catalogs, press clippings, and a complete set of Käsebier’s portrait photographs–that we can present to tell the story.”