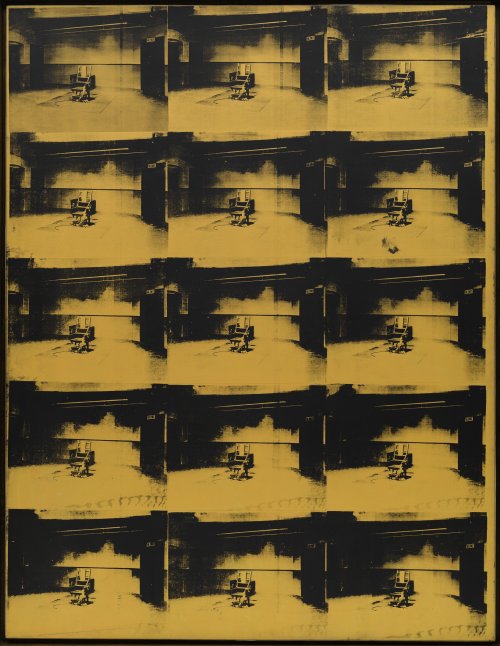 Much of contemporary photography and video seems haunted by the past, by the history of art, by apparitions that are reanimated in reproductive mediums, live performance, and the virtual world. By using dated, passé, or quasi-extinct stylistic devices, subject matter, and technologies, such art embodies a longing for an otherwise unrecuperable past.

From March 26 to September 6, 2010, the Solomon R. Guggenheim Museum presents Haunted: Contemporary Photography/Video/Performance, an exhibition that documents this obsession, examining myriad ways photographic imagery is incorporated into recent practice. Drawn largely from the Guggenheim’s extensive photography and video collections, Haunted features some 100 works by nearly 60 artists, including many recent acquisitions that will be on view at the museum for the first time. The exhibition is installed throughout the rotunda and its spiraling ramps, with two additional galleries on view from June 4 to September 1, featuring works by two pairs of artists to complete Haunted’s presentation.

This exhibition is made possible by the International Director’s Council of the Solomon R. Guggenheim Museum. Additional support is provided by grants from The Robert Mapplethorpe Foundation and the William Talbott Hillman Foundation. The Leadership Committee for Haunted: Contemporary Photography/Video/Performance is gratefully acknowledged.

The works in Haunted: Contemporary Photography/Video/Performance range from individual photographs and photographic series to sculptures and paintings that incorporate photographic elements; projected videos; films; performances; and site-specific installations, including a new sound work created by Susan Philipsz for the museum’s rotunda. While the show traces the extensive incorporation of photography into contemporary art since the 1960s, a significant part of the exhibition will be dedicated to work created since 2001 by younger artists.

Haunted is organized around a series of formal and conceptual threads that weave themselves through the artworks on view:

Appropriation and the Archive: In the early 1960s, Robert Rauschenberg and Andy Warhol began to incorporate photographic images into their paintings, establishing a new mode of visual production that relied not on the then-dominant tradition of gestural abstraction but rather on mechanical processes such as screenprinting. In so doing, they challenged the notion of art as the expression of a singular, heroic author, recasting their works as repositories for autobiographical, cultural, and historical information. This archival impulse revolutionized art production over the ensuing decades, paving the way for a conceptually driven use of photography as a means of absorbing the world at large into a new aesthetic realm. Since then, a number of artists, including Bernd and Hilla Becher, Sarah Charlesworth, Douglas Gordon, Luis Jacob, Sherrie Levine, Richard Prince, Cindy Sherman, and Sara VanDerBeek, have pursued this archival impulse, amassing fragments of reality either by creating new photographs or by appropriating existing ones.

Landscape, Architecture, and the Passage of Time: Historically, one of photography’s primary functions has been to document sites where significant, often traumatic events have taken place. During the Civil War, which erupted not long after the medium was invented, a new generation of reporters sought to photograph battles, but due to the long exposure times required by early cameras, they could only capture the aftermath of the conflicts. These landscapes, strewn with the dead, now seem doubly arresting, for they capture past spaces where something has already occurred. Their state of anteriority, witnessed at such an early stage in the medium’s development, speaks to the very nature of a photograph, which possesses physical and chemical bonds to a past that disappears as soon as it is taken. As viewers, we are left with only traces from which we hope to reconstruct the absent occurrences in the fields, forests, homes, and offices depicted in the works in the exhibition. With this condition in mind, many artists, among them James Casebere, Spencer Finch, Ori Gersht, Roni Horn, Luisa Lambri, An-My Lê, Sally Mann, and Hiroshi Sugimoto, have turned to empty spaces in landscape and architecture, creating poetic reflections on time’s inexorable passing and insisting on the importance of remembrance and memorialization.

Documentation and Reiteration: Since at least the early 1970s, photographic documentation, including film and video, has served as an important complement to the art of live performance, often setting the conditions by which performances are staged and sometimes obviating the need for a live audience altogether. Through an ironic reversal, artworks that revolved around singular moments in time have often come to rely on the permanence of images to transmit their meaning and sometimes even the very fact of their existence. For many artists, these documents take on the function of relics—objects whose meaning is deeply bound to an experience that is always already lost in the past. Works by artists such as Marina Abramovic, Christian Boltanski, Sophie Calle, Tacita Dean, Joan Jonas, Christian Marclay, Robert Mapplethorpe, Ana Mendieta, and Gina Pane examine various aesthetic approaches inspired by the reiterative power of the photograph. Using photography not only to restage their own (and others’) performances but to revisit the bodily experience of past events, these artists have reconsidered the document itself as an object embedded in time, closely attending to its material specificity in their works.

Trauma and the Uncanny: When Andy Warhol created his silkscreen paintings of Marilyn Monroe in the wake of her death, he touched on the darker side of a burgeoning media culture that, during the Vietnam War, became an integral part of everyday life. Today, with vastly expanded channels for the propagation of images, events as varied as the terrorist attack on the World Trade Center and the deaths of celebrities such as Princess Diana and Michael Jackson have the ability to become traumatic on a global scale. Many artists, including Adam Helms, Nate Lowman, Adam McEwen, Cady Noland, and Anri Sala, have reexamined the strategy of image appropriation Warhol pioneered, attending closely to the ways political conflict can take on global significance. At the same time, photography has altered, or as some theorists argue, completely reconfigured our sense of personal memory. From birth to death, all aspects of our lives are reconstituted as images alongside our own experience of them. This repetition, which is mirrored in the very technology of the photographic medium, effectively produces an alternate reality in representation that, especially when coping with traumatic events, can take on the force of the uncanny. Artists such as Stan Douglas, Anthony Goicolea, Sarah Anne Johnson, Jeff Wall, and Gillian Wearing exploit this effect, constructing fictional scenarios in which the pains and pleasures of personal experience return with eerie and foreboding qualities.

Ayami Aoyama at Michener Art Museum The Essence of Things. Design and the Art of Reduction