Masterpieces from the collection of the Kunstmuseum Basel @museoreinasofia

This year, from March 18 to September 14, the Museo Reina Sofía is offering the public an unrepeatable opportunity to admire a major selection of modern and contemporary art, one part of which comes from the public collection of the Kunstmuseum Basel, and the other from two of the most important of the private collections also housed in the Swiss museum, the Rudolf Staechelin Collection and the Im Obersteg Collection. A total of 168 works will be on view, of which only 12 have been exhibited in Spain before

The organization of both shows has been made possible by an agreement reached between the Museo Reina Sofía and the Kunstmuseum Basel, coinciding with the latter museum’s closure for renovation. The exhibitions have the support of the regional government of Madrid and the Abertis Foundation.

The works gathered date from between the end of the 19th century and the present day, and form a graphic illustration of the evolution of art over the last 150 years, including examples of such diverse movements as Symbolism, Expressionism, Cubism, Purism, the Bauhaus, Art Brut, Surrealism, abstraction, Constructivism, Minimalism, German Post-Expressionism, American post-war abstraction and Pop Art. The Museo Reina Sofía is preparing a catalogue in Spanish and English for the exhibition which will include texts by various authors, a documentary appendix, and a list of works on display.

The second exhibition is Collecting and Modernism. Two Case Studies: Im Obersteg and Rudolf Staechelin Collections. This is the first time these collections have been shown together outside Basle. The 62 paintings, which will be exhibited on the fourth floor of the Sabatini Building, will offer a unique opportunity to see acknowledged masterpieces in Madrid that have never before been shown in Spain. They include works by Gauguin, Van Gogh, Renoir, Redon, Pissarro, Picasso, Manet, Modigliani, Monet, Cézanne, Chagall, Soutine, Jawlensky and Hodler.

The two collections have a shared history and have been described as “sister collections”. They were created by two eminent collectors and friends, Rudolf Staechelin (1881-1946) and Karl Im Obersteg (1883-1969). Staechelin began in 1914 to collect modern French art of the 19th century, while Obersteg devoted himself from 1916 onwards to collecting modernist masterpieces.

Together, the two collections provide a perspective on modern figurative painting from the late 19th century until about 1940. The quality of the two collections is clear from works like Vincent Van Gogh’s Jardin de Daubigny (Daubigny’s Garden, 1890) or Pablo Picasso’s Buveuse d’Absinthe (Absinthe Drinker, 1910) and Arlequin au loup (Harlequin with Mask, 1918), all of which can be seen at the Museo Reina Sofía. Also on display will be three portraits of Jewish figures painted by Marc Chagall in 1914. These key pieces of the Im Obersteg Collection have left Switzerland only once before, for an exhibition in Vienna in 2013. 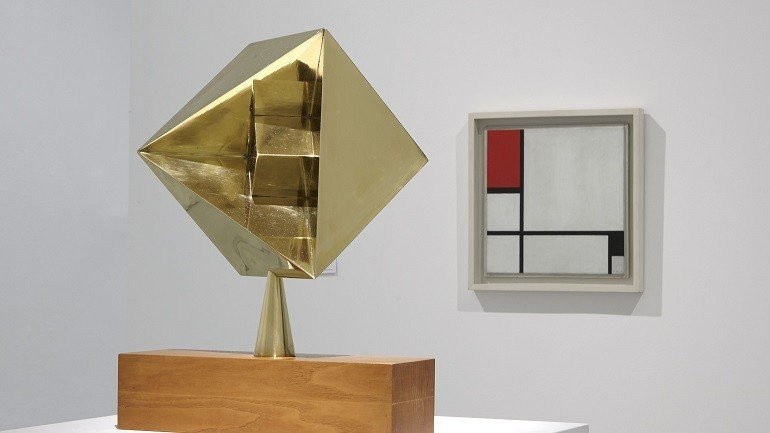 This is Nafea Faa Ipoipo (When Will You Marry?), an oil painting by Paul Gauguin dating from 1892, which was recently purchased by the Qatar Museums Authority from the Swiss collector Rudolf Staechelin for more than 300 million dollars.

Nafea Faa Ipoipo will join the exhibition at the Museo Reina Sofía in Madrid in early July. It will be a unique chance to see this picture, regarded as one of the finest works by the French artist (Paris, 1848-Atuona, French Polynesia, 1903), since it is due to enter the art collections of Qatar in 2016.