Gabriele Münter and Vasily Kandinsky, 1902–14: A Life in Photographs 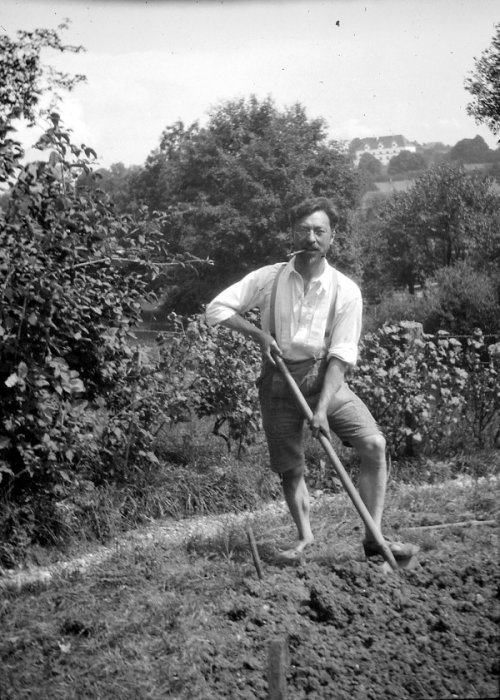 [ad#lb]
Gabriele Münter and Vasily Kandinsky, 1902–1914: A Life in Photographs, an exhibition of personal images of Vasily Kandinsky (1866–1944) and his long-time companion Gabriele Münter (1877–1962), taken by both artists, is on view in the Sackler Center for Arts Education at the Solomon R. Guggenheim Museum in conjunction with the retrospective Kandinsky, organized by the Solomon R. Guggenheim Foundation in cooperation with the Städtische Galerie im Lenbachhaus und Kunstbau, Munich, and the Centre Pompidou, Paris. This exhibition of biographical photographs is unique to the Guggenheim Museum’s presentation and features images that have never before been exhibited in the United States. Gabriele Münter and Vasily Kandinsky, 1902–1914: A Life in Photographs is organized by Tracey Bashkoff, Curator of Collections and Exhibitions, and Karole Vail, Assistant Curator, Solomon R. Guggenheim Museum, and is on view from September 18, 2009, to January 13, 2010.

Featuring photographs by the German artist Münter and a selection by the Russian-born Kandinsky, this presentation of 31 framed exhibition prints documents the years the two lived, traveled, and worked together between 1902 and 1914. Though better known as a painter, Münter was also an accomplished amateur photographer and most of the images on view at the Guggenheim were taken by her, offering a glimpse into the private and public personas of both artists.

Münter and Kandinsky met in 1902 through the Phalanx, the artists’ association and progressive painting school in Munich where she studied and he taught. They developed an intimate relationship in the summer of 1903. Though he did not divorce his wife Anja until 1911, Kandinsky and Münter, from May 1904 onward, took extended trips to Holland, Italy, and Tunisia, and lived in Sèvres near Paris for over a year. In 1908, the couple settled in Munich and spent that summer in the small Alpine town of Murnau, where, along with Russian painters Alexei Jawlensky (1864–1941) and Marianne von Werefkin (1860–1938), they experimented with a more expressive style, developing an artistic language that led, for Kandinsky, to abstraction. Kandinsky and Münter also collaborated with other artists, eventually forming the Neue Künstlervereinigung München (NKVM) (New Artists’ Association of Munich) and later the Blaue Reiter (Blue Rider), a group well represented in the Guggenheim Museum collection. Münter took photographs sporadically after she and Kandinsky parted ways in 1914 (though their final separation did not occur until 1916).

The works on view in Gabriele Münter and Vasily Kandinsky, 1902–1914 show Münter’s role in documenting the historic interactions of the Blaue Reiter movement as well as reveal some of her private moments with Kandinsky in their studio in Munich, at her house in Murnau, and during their travels in Europe and northern Africa. The photographs in the exhibition range from informal snapshots—Kandinsky working in the garden or Münter in the arbor of her home—to more formal portraits, such as the image of Kandinsky in front of Small Pleasures (Kleine Freuden), a canvas he completed in 1913 that is now in the collection of the Guggenheim Museum, or the group portrait that gathers Kandinsky along with Blaue Reiter affiliates Heinrich Campendonk (German, 1889–1957), Bernhard Koehler (German, 1849–1927), Franz Marc (German, 1880–1916), Maria Marc (German, 1876–1955), and Thomas von Hartmann (Russian, 1885–1956).

The Sackler Center for Arts Education at the Guggenheim Museum
Opened to the public in fall 2001, the Sackler Center for Arts Education serves as a dynamic 21st-century education hub and learning laboratory that offers innovative public programs in the visual, performing, and literary arts. Exploration and experimentation with new technologies is the center’s hallmark, which broadens and enriches programs for youth, adults, and families. Artists as well as cultural and academic institutions are valued collaborative partners. An 8,200-square-foot education facility, the Sackler Center comprises Studio Art, Computer, and Multimedia Labs, the New Media Theater, an exhibition gallery, the Resource Center, the Conference Room, and education offices. It also includes the Peter B. Lewis Theater, part of Frank Lloyd Wright’s original architectural design for the building.

Education Programs
A full schedule of educational programs is presented under the auspices of the Sackler Center for Arts Education during the run of Kandinsky and Gabriele Münter and Vasily Kandinsky, 1902–14: A Life in Photographs. For updated information regarding ticketed programs, contact the Box Office at 212 423 3587 or visit guggenheim.org/education.