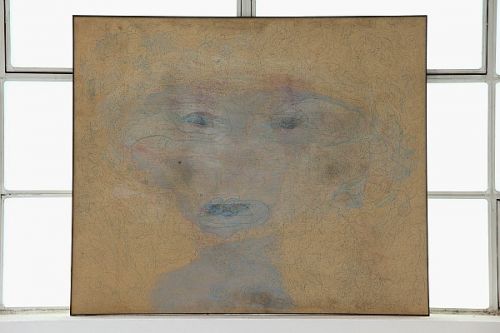 We are pleased to present the first solo exhibition in a UK public institution of the work of artist Marisa Merz (born 1926, Turin, Italy), which includes a selection of sculptures, paintings and installations from across her remarkable fifty year career. This exhibition, the artist’s first since winning the Golden Lion for Lifetime Achievement at the 2013 Venice Biennale, takes place in the Serpentine Gallery, and will be one of two opening shows for the newly launched Serpentine Galleries. The other, Adrián Villar Rojas, Today We Reboot the Planet, opens concurrently at the Serpentine Sackler Gallery.

Merz’s work has consistently played with scale and materials, ranging from the domestic to the industrial. Her series of Living Sculptures, suspended clusters of forms made up of swirling shards of aluminium, are at once industrial and ethereal highlighting the materials that Merz has continually explored.

Throughout the late 1960s, Merz was actively involved with the Arte Povera movement. The only woman affiliated with the Turin-based group, Merz often worked with textiles, linking forms of typically feminine creativity with Arte Povera’s call to embrace ‘poor’ or ‘low’ materials, which could be used in art. She continues to demonstrate a sense of openness with regard to materials and processes, as evinced by her application of craft techniques, such as weaving and knitting, embracing non-traditional materials, including nylon, copper and iron.

Since the 1970s Merz has explored and expanded upon the threshold between abstraction and figuration in her mixed media works on paper, expressionistic clay heads and larger sculptural installations.

Merz has participated five times in the Venice Biennale. Her work has been the subject of numerous solo exhibitions internationally, including shows at the Kunstmuseum Winterthur (2003), the Galleria d’Arte Moderna Bologna (1998), the Stedelijk Museum Amsterdam (1996) and the Centre Pompidou (1994).