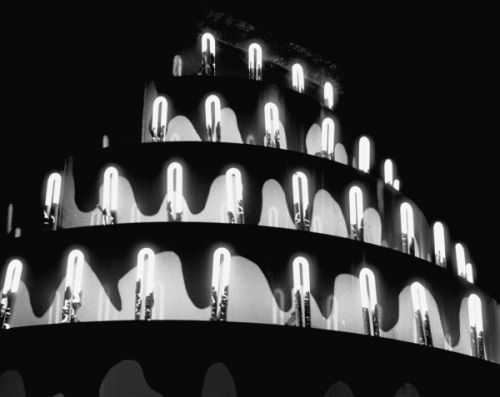 James Welling (*1951) is an artist whose work occupies the grey areas between painting, sculpture, and traditional photography. For over 40 years his work has addressed the theme of representation and abstraction in the visual image. By critics, artists, and collectors alike he is considered a central figure in international contemporary photography. In addition to presenting Welling’s documentary oriented work, which follows the tradition of classical artistic photography, as exemplified by the work of Paul Strand, the exhibition Autograph also includes his abstract photograms, which recall works by avant-garde artists, such as Moholy-Nagy, Christian Schad, and Man Ray.

As a photographer fascinated by the possibilities of the medium, Welling has followed the fundamental transformation of photography into the present day, as reflected in his oeuvre. Whether in terms of the critical and ideological postmodern debate conducted by the Pictures generation, in which concepts such as authorship, originality, and the uniqueness of the photograph were critically examined, or whether in terms of the current neo-modern emphasis on the photograph as an elevated object, Welling’s consistent exploration of the conceptual and aesthetic foundations that constitute and define the medium have made him an important role model for an entire generation of contemporary photographers. His refusal to commit to a single form of production for his images is characteristic of this American artist: he produces images in analogue and digital technologies, in color and black and white, with and without a camera.

For Welling a conceptual breakthrough in the art world came with his series Aluminum Foils (1980-81), in which he plays with the surface qualities of this common material, conjuring semi-scientific documentary photographs recalling images of crystal formations, macroscopic studies, or early detail photographs of the moon. Together with numerous other series, such as Brown Polaroids (since 1988), New Abstractions (1998-2000), and Flowers (2005), Aluminum Foils emphasize Welling’s ongoing interest in interrogating the status of contemporary photography as an index of reality. For the first time the unique works from the Degradés series will be brought together in a museum context; these are abstract photograms that the artist produced simply by light exposures. In Autograph his different non-representative series compliment the works in Light Sources (1977-2005), in which the artist manages strikingly to fuse questions of the documentary gesture with the photograph’s potential for abstraction.

James Welling lives in Los Angeles and is a professor in the Department of Arts, UCLA. In the US his works have been on view this year at the Cincinnati Museum of Art and the Hammer Museum, Los Angeles. With Autograph the Fotomuseum Winterthur is presenting the first Swiss overview of the artist’s work. Curator of the exhibition: Thomas Seelig.

The publication Monograph (Aperture, New York) not only includes comprehensive illustrations of numerous series from the artist’s work, but also essays by James Crump, Mark Godfrey, and Thomas Seelig as well as an extensive conversation between Eva Respini and James Welling about the photographer’s work.