From stage to painting 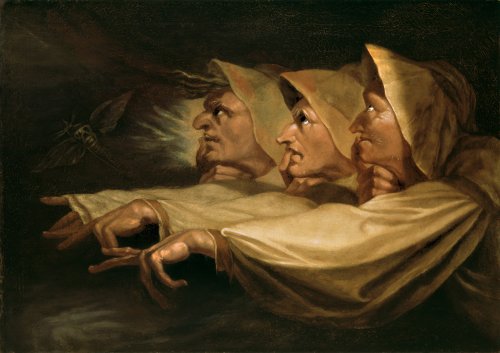 The theatre and the stage as the keys to a fresh view of the development of painting towards modernity.
This is the new approach offered by the exhibition, entitled “From stage to painting. The magic of theatre in 19th-century painting. From David to Delacroix and Fuseli to Degas”, a project organised thanks to the special support of the Musée d’Orsay, Paris, and the result once again of a collaboration between the Mart and two important international institutions, the Musée Cantini of Marseilles and the Art Gallery of Ontario in Toronto.
The exhibition, a continuous dialogue between theatre and painting, leads the visitor from the end of the 17th century to the threshold of the 20th century. With this project, the Mart completes and explores the themes that lay at the centre of the The Dance of the Avant-Gardes exhibition (December 2005 – May 2006), which examined all of the 20th century in neighbouring settings, dance theatre and painting, and which enjoyed great critical and public success.

This new exhibition provides a truly unique opportunity to admire – for the first time in Italy – some of the masterpieces painted by the best European painters of the 19th century, from Jacques-Louis David to Eugène Delacroix, and from Jean-Auguste-Dominique Ingres to Edgar Degas, to mention just a few. All these artists were fascinated by the magic of theatre, which they adapted to their canvases with many suggestions inspired both by the literary themes of the commonly-performed tragedies and the highly-acclaimed melodramas of the time, and by the gestures, theatrical sets and (above all) illusionistic
perspective of that world.

When compared, these works highlight how the close relationship between painting and theatre had its most significant results in that “dematerialisation of vision” that would become the predominant and radical element of theatre and also, above all, of painting in the 20th century.

There will be approximately 200 works on display, including paintings, drawings and stage models from public and private collections throughout the world, amongst which the Musée du Louvre, the Musée d’Orsay, the Kunsthaus of Zurich, the British Museum and the Victoria and Albert Museum in London and the Metropolitan Museum of New York.

Curated by Guy Cogeval and Beatrice Avanzi
Scientific directors: Gabriella Belli, Marie-Paule Vial, Matthew Teitelbaum
The exhibition is co-produced by the Mart, by the Direction des Musées de Marseille and by the Art Gallery of Ontario, Toronto.
The exhibition has been organised with the special support of the Musée d’Orsay, Paris

Sunny Skies The Peggy Guggenheim Collection closes 2009 with over 360,000 visitors