Digital Art @Google: We Write This To You From The Distant Future (New York, USA)

Digital Art @Google: We Write This To You From The Distant Future
Google
August 20 – October 22, 2010 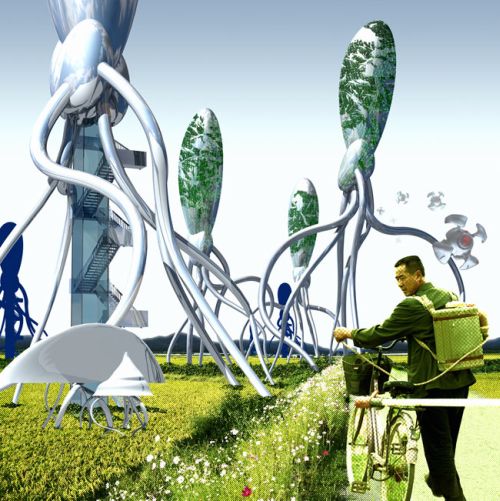 Google and The Project Room for New Media at Chelsea Art Museum (CAM) in New York launched an exhibition program, Digital Art @Google NYC, in June to engage Googlers with the art world and promote creativity with digital technology. The exhibitions and artist talks, which take place at Google, Inc, are open to guests at August 20 – October 22, 2010.

We Write This To You From The Distant Future, opening August 20, is a multi-media exhibition of work by visionary creators in the arts and sciences that focuses on a future world imagined and possible to build. Included in the exhibition are Mark Amerika, Rachel Armstrong/Michael Simon Toon, Marc Barasch, Ed Bilous, etoy, Mitchell Joachim, Eduardo Kac, StudioIMC-Tunick/Elston/Schiller, Jack Toolin/C5, Marina Zurkow, Google UK, Clean Energy 2030, Andrew Senior, Cordero/Senior/Weston.

The exhibition title is a line spoken by the narrator in Immobilite. a feature length art film shot with a mobile phone video camera by Mark Amerika, with music score by Chad Mossholder. Immobilite evokes questions – how will a technologically advanced world effect what it is to be human and what is the world with advanced technology to become?

Digital Art @Google NYC is curated by Nina Colosi, Curator of The Project Room for New Media at CAM and founder of its public art program, Streaming Museum, which presents exhibitions in cyberspace and public spaces on 7 continents. The programs were inspired by pioneer video artist Nam June Paik who in the 1970s envisioned the Internet, predicting an “information superhighway” as an open and free medium for imagination and exchange of cultures.

According to Colosi, “A natural synergy exists with Google in this partnership. The Project Room’s program showcases artworks and educational programs, which incorporate technology and the Internet in the creative process.”

Digital Art @Google emphasizes the correlation of Google’s mission in organizing the world’s information and making it accessible, with the ability of artists to reflect and synthesize information in the creation of artwork that expresses the contemporary world. The exhibitions and speaker programs will inspire, entertain, and help envision the world in new ways.

The exhibition program was initiated at Google by Josh Mittleman, User Interface Software Engineer, and supported by the Google Community Affairs committee at Google New York City. Mittleman described the motivation of the exhibit, “Art is one of many tools that can help to organize and make sense of the world’s information. Digital Art @Google NYC is the first step toward introducing the digital arts community to Google, and to starting a conversation that will lead to a rich, ongoing collaboration.”