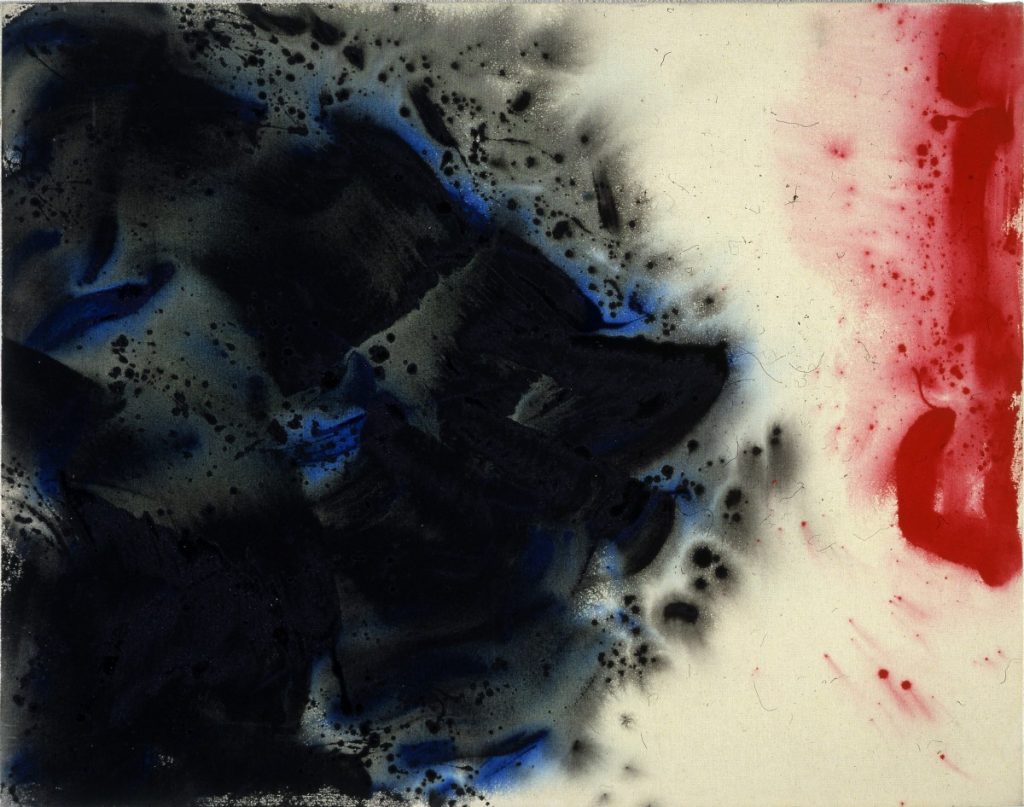 A large retrospective dedicated to Hsiao Chin presents the Fondazione Marconi’s collection of the Chinese master’s works in its entirety (Exhibition dates: 24 May – 15 September 2017).
Born in Shanghai in 1935, Hsiao Chin completed his studies in Taiwan. After founding the first abstract art avant-garde with the Ton-Fan group, he arrived in Europe with a scholarship.
He went first to Spain, to Barcelona and Madrid, where he met Joan Miró and Antoni Tápies, then on to Paris, and finally in 1959 to Milan, where he got to know the exponents of the art avant-garde, among them Lucio Fontana, Piero Manzoni, Roberto Crippa and Enrico Castellani, to name only a few.
Although the climate of experimentation and research that pervaded Milan in those years became superimposed on his Eastern culture, Hsiao Chin never forgot the teachings of his master, the painter Li Chun-Shan, and over the course of time his extensive reading led him to deepen his knowledge of Oriental philosophies and to always consider his artistic career as a constant spiritual quest.
Evident in all his work are references to the principles of the philosophical Taoism of Lao Tse (570-490 BCE), based on the duality of the elements – the continuous alternation and recomposition of the fundamental balance of the yin and yang, at once opposite and complementary.
Never impervious to new experiences, yet again in the name of abstract art, in 1961 Hsiao Chin founded the group Punto, joined by Antonio Calderara and Dadamaino among others, and later in 1978, the international art movement Surya.
During his time in New York (1967-1971) he met with personalities of the calibre of Mark Rothko, Willem de Kooning, Robert Rauschenberg, Roy Lichtenstein and Sam Francis. This led to a new direction in his painting, echoed in the titles of some of his works from the time, which indicate his move towards American Minimalism and to a type of Hard-edge painting that is almost Constructivist in style.
After his years in the US, Hsiao Chin returned to Milan, resuming with even more vigour and enthusiasm the successful partnership with Giorgio Marconi and his gallery that had begun in the early 1960s. In fact, the Milanese gallery owner has held many solo exhibitions of Hsiao’s work over the years.
This tribute is yet another testimony of Marconi’s long friendship with the artist, who was among the first to become an integral part of the long history of Studio Marconi.
Over two hundred works are on show, including gouache and ink on rice paper – a favoured material – dominated by references to the principles of the Tao and to Chinese calligraphy; acrylic on canvas, permeated by the search for harmony between full and empty, white and colour, meditation and gesturalism; radiant solar compositions, characterised by intense colours emanating from a central core; works dedicated to the natural elements; the “great threshold” paintings; and works on the Tiananmen Square massacre.
On the one hand Hsiao Chin’s paintings may suggest a written page in which the artist calls upon Eastern symbolism, creating a message of subtle signs, almost ideograms, that alternate with geometric shapes evoking atavistic and shared meanings (circles, squares, spirals…), yet on the other, his bold choice of colours bursting with energy, his frenetic and radiant brush strokes, or those more fluid and calibrated, appear “Western”, with an occasional glimpse of a Rothko, a Matisse or a Malevich…
In fact, it is not easy to define whether Hsiao Chin’s Western visual language actually translates an inherently Chinese message. Certainly, depending on the perspective from which one considers his work, different interpretations arise, and the successful bonding of an oriental matrix with gestural expressiveness defines the power and distinctive character of his art.
“A viewer from East or West will admire his work in a different way, if only because a certain degree of familiarity, or lack of familiarity, with the ideograms and calligraphic styles will make a difference. Yet representatives of cultures far apart will eventually find themselves involved in an experience that enables everyone to access it on their own terms.” (A. Tagliaferri, in Hsiao Chin, Cambi, Milan 2009) Hsiao Chin’s work therefore perfectly integrates the spiritual practices of the East and the artistic experimentation and art of the West; this for him is a path of growth and knowledge, and ultimately a spiritual journey through time and space, which transcends any geographical or cultural limits.
“Today the question of whether my art is Chinese or global is no longer important to me. I try to go beyond these boundaries, with the intention of creating new works that are not conditioned by techniques and ideas.” (Hsiao Chin, 2016)