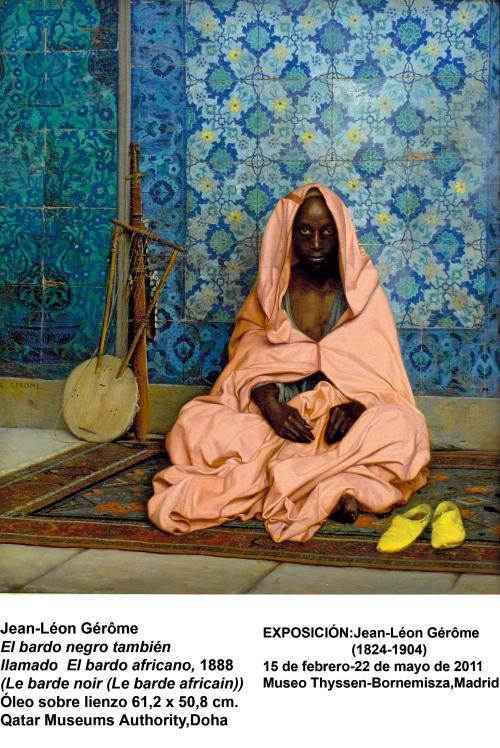 From mid-February onwards the Museo Thyssen-Bornemisza in Madrid will be presenting the first retrospective exhibition in Spain to be devoted to the French painter and sculptor Jean-Léon Gérôme (1824-1904). The exhibition will include nearly 60 works that encompass all the different facets of Gérôme’s career, including some of his most celebrated and important creations, both oil paintings and sculptures.

The exhibition is the result of an ambitious project jointly organised with the J. Paul Getty Museum and the Musée d’Orsay. The presentation in Madrid is a reduced version of the one seen in Los Angeles and Paris in 2010 and is the first major exhibition to be devoted to the artist since the famous one held around 30 years ago in the United States. The exhibition aims to present and analyse Gérôme’s art not just as the work of one of the most celebrated French academic painters, but also as the output of one of the great creators of images in the 19th century. It will thus reassess the position that Gérôme occupies in French painting of the period. Using this new perspective, both the exhibition and the accompanying catalogue will explore the theatrical nature of Gérôme’s history paintings, his complex relationship with the Orient, use of polychromy in his sculptures, deployment of archaeological references, combative position against late 19th-century anti-academic trends, and the interesting fact that much of his work found a home in the United States.